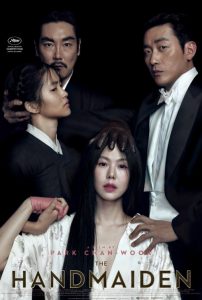 Two determined con artists undertake an elaborate scheme to deceive an unsuspecting heiress in The Handmaiden.

In Japanese-occupied Korea of the early 1900s, many locals turn to crime against their wealthy rulers. One such con man (Ha Jung-woo) targets a simple-minded Japanese heiress (Kim Min-hee) who is soon to inherit a sizable fortune. He plans to fool her into a marriage by portraying the wealthy Count Fujiwara with an eye only for her. Once he gains control of the estate, he’ll conveniently have her committed. To help pull off the charade, he enlists the aid of an eager young accomplice (Kim Tae-ri) to become the woman’s personal handmaiden. Such close access will allow the accomplice to both bolster the Count’s backstory and sway the woman’s affections in his direction. There’s just one small hitch — nothing and no one are as they seem.

Director Park Chan-wook is fairly unknown to American audiences, but he earned my rapt attention with his English-language debut, the incredibly tense thriller Stoker. It was one of my top favorites of 2013. While vastly different in story and language, his latest film is every bit as effective and engrossing. If there’s a recipe for exceptional filmmaking, this dish delivers with ingredients of the highest possible quality.

It starts with visuals that are beyond breathtaking. The lighting, sets and aura convey a sense of utter perfection. Every scene is supported by an equally flawless soundtrack. The performers feel as if they were teleported right out of the very pages of the novel on which the film is based. Rounding it all out is a plot that serves up more twists and turns than a 1950s dance marathon. 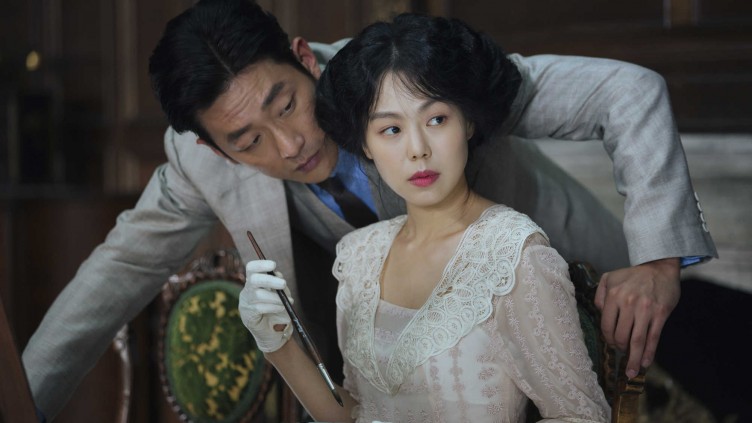