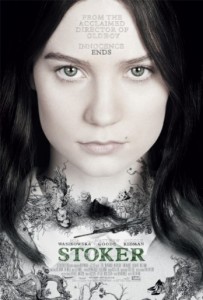 An emotionally disconnected teen struggles after the unexpected death of her father forces her to confront a distant mother and an uncle she never knew existed in Stoker.

18 year-old India Stoker (Mia Wasikowska) suddenly finds herself thrown into unknown territory when her beloved father (played in flashback by Dermot Mulroney) is killed in a car accident. He was India’s main connection to the normal world leaving her with little recourse but to come to grips with the strained relationship she has with her own mother, Evelyn Stoker (Nicole Kidman). We quickly realize “Evie” has only the most distant connection with, and no hint of genuine regard for, India. Before her father is even cold, into their lives appears her overly fastidious and ever-smiling Uncle Charlie (Matthew Goode) — an uncle she’s never even heard about before. Uncle Charlie wastes no time moving into his dead brother’s house and cozying up to his sister-in-law causing all sorts of confusion for the vulnerable India.

The plot of Stoker unfolds in a calculating, methodical cadence that quickly begins to exert pressure on every defensive instinct we have. Korean director Park Chan-wook manages to weave an intricate waking dream (or is it a nightmare?) that nips at the very border of our own rational limitations. It’s like the car crash you know you’re about to witness. You want to look away. You need to look away but you can’t find the will to do so.

Every single element of every shot seems painstakingly chosen to exact the highest possible tension from the viewer. A third of the way into the movie I wasn’t at all sure of where it was going. I was confused, concerned and maddeningly mesmerized by its hold on me. Most disconcerting was the ever-tightening vise that seemed to materialize out of thin air and yet refused to relent. By the time India’s aunt shows up (Jacki Weaver) I was at the breaking point. Her character brings essential perspective but does so at the cost of yet another level of profound tension.

Films of this type teeter on the thinnest of lines between believability and frustration. The answers are all here for those who let the story work its way in. For those who don’t, won’t or can’t, it just may be a complete disaster. I was captivated by the total control the director had on me. When you start to feel anxiety over seemingly unimportant elements like the dining room furniture or the style of a character’s clothing then you know you’re a goner. You just sit back and see where the film’s going to take, use and deposit you. There’s even no respite to be found in the usual safety of the final credits.

The stylistic choices and visual effects that initially seemed trite build to a crescendo that’s undeniable and brilliant. Every major role in the film is also perfectly cast and delivered. The soundtrack doesn’t miss a trick. Chan-wook seems to know our deepest subconscious and leverages that advantage with a spellbinding, unique psychological thriller that haunted me to my core. I was relieved when it ended and yet can’t wait to experience it again. 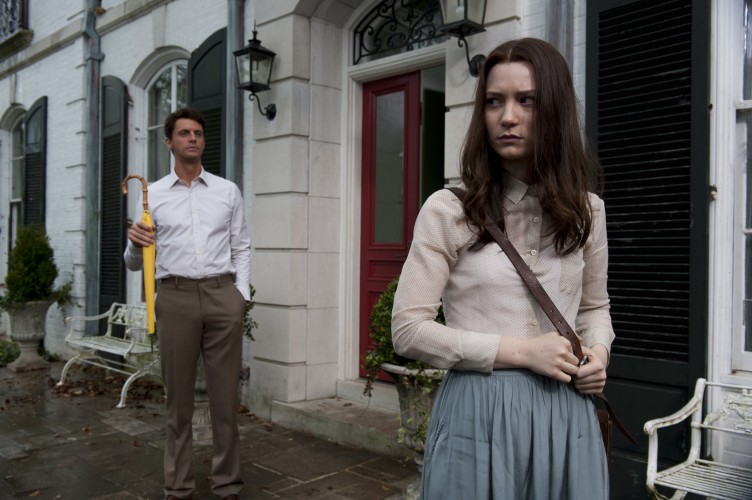