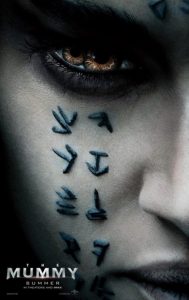 The top box office position this weekend will certainly be held by a film with an attractive woman wearing very little who is powerful enough to vanquish all of her enemies. No, I’m not talking about Wonder Woman. The titular character of The Mummy would be my choice over the Amazonian with the lasso, shield and bracelets. Sure, I might lose my soul, but she might make me her chosen one for eternity, too. In a season that contains bloated, big-budget movies that forget what it’s like to just have fun for a couple of hours, The Mummy delivers exactly what I expected and what the trailer promises. The Mummy is part horror, part action-adventure and total entertainment as Universal revives a classic movie monster with a new twist.

With The Mummy, Universal premieres their new Dark Universe brand to feature reimagined versions of their iconic characters. The twist here is that the titular character is a female mummy, and she’s just as bad as or worse than any of the male mummies, including the recent series with Brendan Fraser. Veteran screenwriter Alex Kurtzman puts on his director’s hat here and assembles a solid writing team with David Koepp, Christopher McQuarrie and Dylan Kussman. The filmmakers provide a simple premise that drives an entertaining experience from start to finish.

Opportunist soldiers Nick Morton (Tom Cruise) and Chris Vail (Jake Johnson) search for antiquities to steal and sell when they’re on missions. After Nick lifts a document during a hook-up with Jenny Halsey (Annabelle Wallis), Nick and Chris stumble upon an Egyptian tomb hidden deep underground in Iraq. Nick touches the wrong mechanism and releases the sarcophagus of Ahmanet (Sofia Boutella). In a prologue, you learn that she’s bad news, so when Nick and Jenny remove the princess of Egypt’s body to take her to England, all hell breaks loose. Add a mysterious man named Henry (Russell Crowe), and you’ve got a party. There are plenty of chases and characters avoiding various dangers, so the pace stays high throughout.

Cruise makes me cringe sometimes with his roles, so it’s refreshing to have my favorite version of him here. Johnson provides the comedic relief in the most unexpected times, and I hope that he returns for the eventual sequel and actually has a larger role. Wallis does a fine job as the female protagonist, and there’s just enough of Crowe here to not overwhelm the film. The real star here is Boutella. I loved her as the white-skinned alien warrior in Star Trek Beyond, and she dominates the screen here with less makeup and more bandages. With a monster like Ahmanet, you just know what’s ultimately going to happen, but it’s hard not to root for her along the way. The Mummy will certainly open other doors to starring roles for Boutella.

Fabulous sets abound from tombs and churches to museums and creepy streets. I was especially impressed by Henry’s museum-like headquarters because it reminds me a lot of Philly’s legendary Mütter Museum of medical oddities. (Pay attention to the background objects, and you’ll see hints at other Dark Universe projects.) The production staff created multiple playgrounds for the cast, and the detail is incredible, especially in the initial tomb that Nick and Chris discover.

The special effects are just enough without getting crazy. Although the filmmakers lifted a sequence of a face forming in a sandstorm from the Fraser flicks, other sequences feel fresh and designed for this project. Ahmanet progresses through many stages, some of which have her moving on all fours like a dog and jumping back and forth like a spider. Hey, it’s a movie monster, so anything goes. The creepy-crawlies and other creatures that Ahmanet controls show up at the most inopportune times and make you wriggle in your seat until they’re gone. Underwater and fight sequences emphasize the action-adventure over horror and add some exciting stunts to the special effects.

When the credits rolled, I wanted more of just about everything — more mummies, more critters, more action-packed sequences and more quests for ancient artifacts. It should be no surprise that I’m also a huge fan of the Indiana Jones series, and this film satisfied my sweet tooth for that genre. I hope that Universal Studios revamps their old Fraser-era ride for Boutella or just designs a new one. If the next Dark Universe movies generate as much fun as this one, I’m on board. Until then, The Mummy reintroduces another soul sucker in female form in search of more than just a sugar daddy. 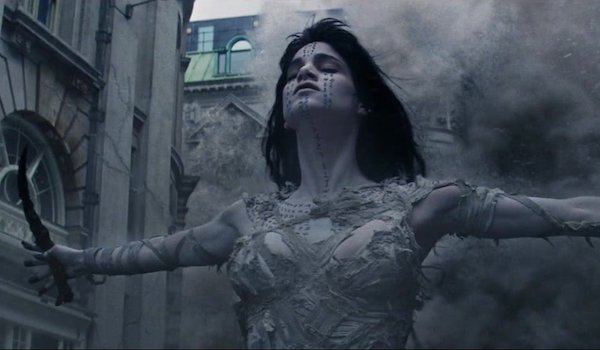