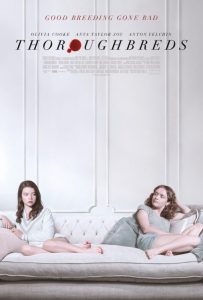 Lily (Anya Taylor-Joy) and Amanda (Olivia Cooke) used to be close friends before drifting apart. Sensing growing trouble in her daughter, Amanda’s mother reaches out to Lily. She hopes that the two girls might reconnect and, in the process, break Amanda of the spell that she’s been under. Both girls live a life of relative luxury, wanting for nothing but lacking in life’s most important lessons. As the plot unfolds, we realize that Amanda’s trouble is pathological. She seems devoid of any hint of real emotion or empathy. What little we see is nothing more than a well-practiced act. On the other hand, Lily is just a spoiled brat. She only knows what she wants and can’t fathom a world in which she doesn’t get it. When a barrier to that thinking presents itself, the two girls decide to solve the problem by eliminating its creator. Only then do we start to question which of the friends is truly amoral at her core.

The story is the creation of first-time director Cory Finley, based on a stage play that he penned previously. The transformation to the screen still has the simple feel of its origin with limited sets and heavy, intimate dialogue. It’s that dialogue that draws us in during the film’s opening act. It’s a masterful work of verbal fencing: thrust, parry, riposte, repeat. The friends’ lingual weapons are sharp, cutting and expertly focused to extract the most effect. Taylor-Joy and Cooke handle the droll, dark and challenging interplay effortlessly.

Unfortunately for the viewer, their exchanges carry on far too long without changing up the attack. By the film’s second act, we’ve seen all of the moves and now only want the kill. Finley also goes overboard with a score comprised almost entirely of varied bell sounds. The effect only deepens the monotony of the foreground match. In the film’s final act, we’re more engaged, but only mildly so. For all of our investment, we get a curt close with no encore. It’s a harsh slap in the face for a film so reliant on the depth of its storytelling.

The director seems to draw from several films, most notably 1999’s wickedly effective Cruel Intentions. It also reminded me in style of the much better 2013 thriller Stoker. Finley’s command of dialogue and strong eye for immersive visuals deserve our attention. I just hope that his next effort doesn’t rely quite so heavily on the monotone elements so embedded in his first. 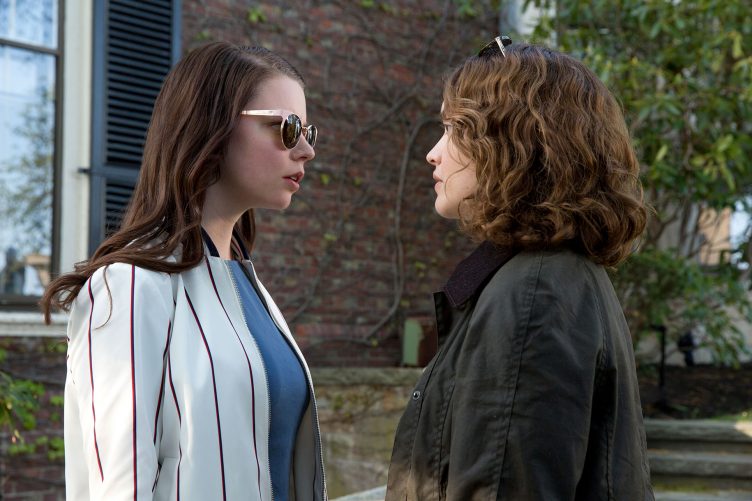