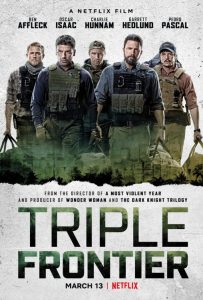 Life after a distinguished military career isn’t turning out the way that Tom “Redfly” Davis (Ben Affleck) imagined. His new reality is a broken marriage and a distant relationship with his teenage daughter. One thankless job after another leaves him short on resources and even shorter on potential prospects. Civilian life seems determined to test him far more than combat ever could — a test that he’s surely failing. It’s then that an old member of his team, “Pope” (Oscar Isaac), shows up with an offer that Tom would prefer to turn down, but ultimately realizes is his only path forward. The plan is to reconnect with the other members of their old team and embark on a raid of a South American drug kingpin. The difference is that this time they’ll be acting as mercenaries out for their own reward.

This is the latest film from writer/director J.C. Chandor (A Most Violent Year, All Is Lost and Margin Call). His is a résumé that’s as reliable as night following day, but is that good or bad? For me, it’s been the latter. All of his films come packed with boundless potential. Each is endlessly atmospheric, filled with foreboding and mind-numbing tension. Unfortunately, they also all suffer from mindless plot choices that ravenously feast on whatever meat that Candor worked so hard to hone. His latest effort is reminiscent of 1999’s Three Kings, but without the humor or the thought-out plot.

Candor gives us a standard honor vs. greed story line and fills its world with rich characters whom we want to believe in. The five main leads each evoke emotions and goals that we can easily buy into. These are calculating professionals with skills that each of them have learned that they can depend on in the worst of all possible situations. It’s the only reason that they’re all here now. At least, that’s what we’re conditioned to accept. One by one, each of the members does something so brainless that we suddenly wonder how they survived their previous combat missions. Even as a group, they somehow fail to notice the most pedestrian of dangers confronting them. We’re supposed to chalk it all up to the destructive forces of good old-fashioned greed, but it just doesn’t wash. A trained, seasoned helicopter pilot is not going to suddenly dismiss the impact of too much weight at too high an altitude, especially when the plot might as well be invoking the soundtrack from Jaws. The only frontier that these mercenaries face is one of their own making or, more to the point, of Candor’s misguided making. 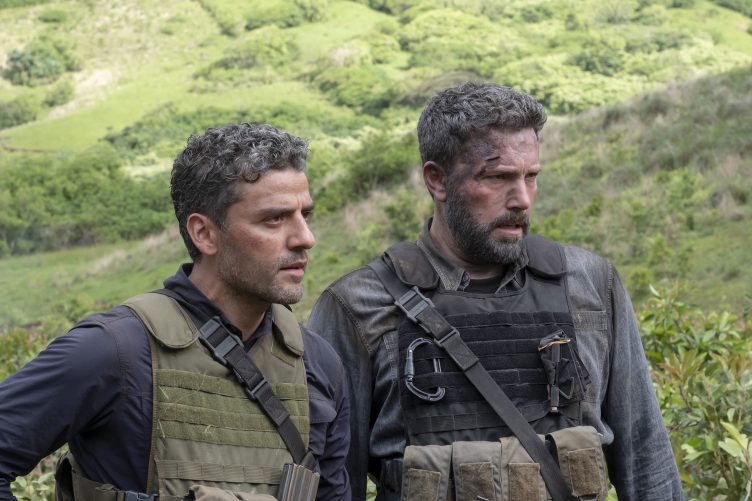