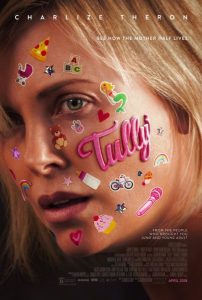 An emotionally emaciated mother reluctantly agrees to hire a nighttime nanny in Tully.

Marlo (Charlize Theron) has reached the end of her tether. She and her busy husband (Ron Livingston) just welcomed their third child into not so much a home as instead an overly burdened schedule. Free time is a concept that Marlo only recalls as a hazy, distant memory — almost as if from a past life. She faces each new day with the same despondency of a battle-weary warrior sure of being overrun by a merciless enemy. Her concerned brother (Mark Duplass) takes stock of her desperate state and offers up a novel solution. He’ll foot the bill for a nighttime nanny to hopefully relieve much of  the pressure. Marlo sees the offer as a veiled insult, an admission of failure or possibly all-out surrender. Insult or not, it’s an offer that she realizes that she no longer has the fortitude to decline.

Director Jason Reitman‘s latest film taps into the same invigorating emotional reservoir as his brilliant 2007 film Juno. That classic and this soon-to-be classic were both the creation of writer Diablo Cody. Cody and Reitman leverage their own parental experience to masterful effect. Their efforts are seamlessly assisted by an Oscar-worthy performance from their lead. Theron’s range matches that of her Oscar-winning performance in 2003’s Monster. As in that film, Theron had to undergo drastic physical change, putting on at least 40 pounds, which is even more impressive when you consider that she was in exceptional shape for last year’s Atomic Blonde before gaining weight for Tully.

Theron’s performance is nearly matched by that of the title character played by the ever-more-impressive Mackenzie Davis. The boundless energy of her character lights up the screen and carries us wistfully through Marlo’s travails. We watch mesmerized as Tully cajoles Marlo’s dour demeanor out of the darkness and into vibrant blooms of colorful smiles. It’s a transformation with an authenticity that cannot be ignored.

Reitman pairs the dialogue with a risky soundtrack consisting mostly of excerpts from a full Cyndi Lauper album. It works flawlessly. Lauper’s bouncy, bubbly highs and somber, touching lows make for a fitting shadow to the fluctuating plotlines and visuals.

There are moments when the film openly tests our loyalty to its story. Those who can give it some rope will find no need to reign it in. It’s is a film that knows that all good things come to those who wait. This is not just a powerful PSA for coping, but also one of the best films of the year. 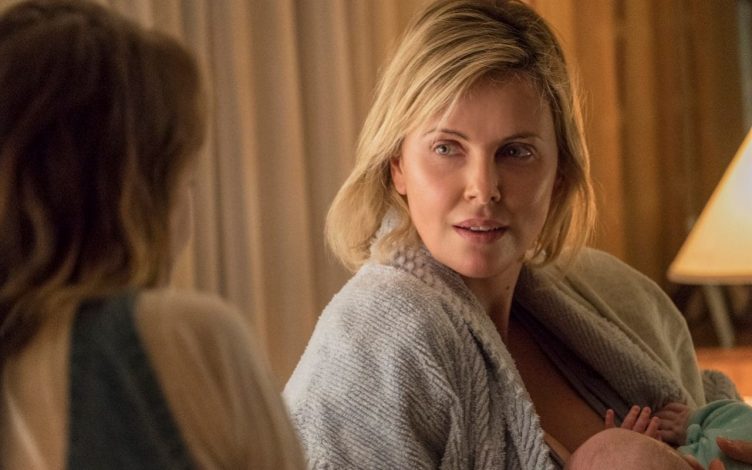