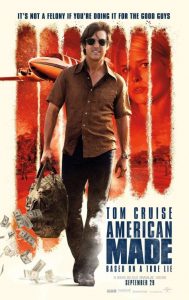 A bored airline pilot finds his niche flying covert missions for the CIA in American Made.

This is a rip-roaring romp of a ride loosely based on the antics of pilot Barry Seal (Tom Cruise). Seal was never cut out for the repetitive life of a commercial airline pilot. No. He wanted more. Much more, and he wanted it fast. By the time that the CIA finished “asking” him to provide covert aerial reconnaissance, Seal was already halfway out the door. The feds tasked him with flying over heavily armed drug processing facilities in the jungles of South America. As if that wasn’t enough of a rush, Barry took a side job running drugs on his return trips for the infamous Medellín Cartel. His exploits had him so awash in cash that he literally couldn’t keep up with the influx. Seal was a loaded Roman candle burning feverishly from both ends. The inevitable fireworks display was just a matter of time.

Director Doug Liman could teach a master class in delivering riveting entertainment with raucous hits including The Wall, Edge of Tomorrow, Mr. & Mrs. Smith, The Bourne Identity and Go. American Made fits perfectly into the neighborhood. It combines an adrenaline-charged story with a flawless soundtrack and just the right touch of humor to take the edge off. While Cruise could play this role in his sleep, he manages to give it a little extra, setting it apart from his more recent turns in other less memorable fare. The real standout is Domnhall Gleeson as the snarky special agent responsible for Seal. He delivers every dry line with a natural confidence worthy of an Oscar nod.

The only mark against the film is the gratuitous liberty that they took with Seal’s actual story. Enjoy this for what it is — a riotous fictional tale that challenges the belief that “you can’t make this stuff up.” 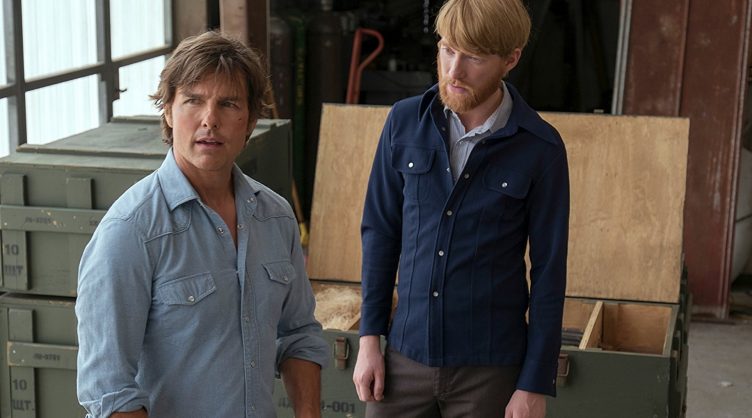