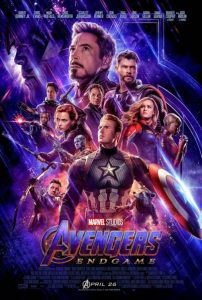 I wouldn’t have believed in 2008 that Iron Man would kick off a revival based on characters from Marvel Comics that would last a decade and produce mostly successful, enjoyable films. That’s exactly what happened. With oversight and a master plan, it turns out that all of those movies connected to each other in unexpected ways. However fun and exciting, last year’s Avengers: Infinity War felt incomplete and a precursor to something better. Well, the year’s wait paid off. At first a little slow and maudlin, Avengers: Endgame quickly establishes itself as not only the satisfying conclusion to a two-movie story but also the perfect payoff to that 10-year journey on which moviegoers embarked.

It’s hard to talk in detail about the plot, but allow me a little leeway and I won’t spoil anything for you that you didn’t already expect to see. Directors Anthony Russo and Joe Russo as well as writers Christopher Markus and Stephen McFeely somehow pull off a miracle as far as touching upon the events and major characters from the Marvel franchises. In Avengers: Infinity War, Thanos (Josh Brolin) snapped his fingers and made half of all beings in the universe disappear. Here, those Avengers left behind like Tony Stark/Iron Man (Robert Downey Jr.), Steve Rogers/Captain America (Chris Evans), Natasha Romanoff/Black Widow (Scarlett Johansson) and Bruce Banner/Hulk (Mark Ruffalo) move on with their lives while also holding out hope for a way to reverse what Thanos did. Five years go by, and the arrival of Scott Lang/Ant-Man (Paul Rudd) provides the impetus for a new strategy. The concept of time features heavily, including appreciation of what time we may have left or fleeting moments that resonate forever. Some may think that time travel is a cheat in plots, yet clever use of such journeys turns a tired movie device into an exciting narrative. The subplots that feature many familiar characters feel like the side quests and missions of a video game.

There are so many Marvel characters crammed into Avengers: Endgame that you could blink and miss a few in certain scenes. The aforementioned Avengers form the core group, yet others shine in their own way. Thor (Chris Hemsworth) always delivers an unexpected laugh with his deadpan delivery or confused reactions. Here, he injects the comedy in every scene in a way that you’ve never seen Thor before. Karen Gillan shines as Nebula with some wonderful work that serves as the culmination of her interesting and mysterious character. Rocket (voiced by Bradley Cooper) delivers a wisecrack almost every time that he opens his furry mouth. Don Cheadle and Jeremy Renner claw their way in as part of the group to save the world, and they manage to make an impression despite the character-heavy plot.

Marvel fans will both cheer and tear up at what happens on screen. Some characters get surprise entrances, while others practically demand standing ovations just for showing up fully as themselves. During fights and massive battles, you might need a scorecard to track the action. I can’t imagine a fan who will be disappointed because the filmmakers bombard you with touchstones from the previous Marvel movies and more cameos than you can count. As much as I enjoyed the predecessors to this adventure, this one may just be my favorite because it’s both a love letter to the fans as well as a great story.

Avengers: Endgame still has some issues despite my overall positive opinion. At three hours in length, I was concerned that parts would drag. Unfortunately, the first hour goes like that before the plot proper kicks in. More like a superhero soap opera, the first third deals with relationship stuff like the friction between Stark and Rogers instead of pertinent ways to bring back the vanished ones. Later, you realize that these early moments and later personal scenes between characters form the basis for the emotional heart of the movie. At the time, you might check your watch. For all of the brouhaha surrounding Captain Marvel and its new superhero, I expected to see a lot of the underutilized Brie Larson. Surprisingly, her involvement ranks lower than even some minor characters. Danai Gurira must have a great agent to get her character Okoye on the poster. Unless there are scenes that were cut, her few appearances don’t justify that image. Two instances of virtue signaling annoyed me, but that’s par for the course in Hollywood these days.

Humor runs throughout this movie, and that helps to balance the more tender moments that result from characters being “really gone” or “kinda gone” as Rocket puts it. Is this the end of Marvel’s dominance of superhero movies? No way, despite the strong efforts of DC to mimic their success. A lyric from Semisonic’s “Closing Time” sums it up nicely: “Every new beginning comes from some other beginning’s end.” The filmmakers lay the groundwork for the next decade of Marvel films, and I hope that they build to another milestone that is every bit as engaging as Avengers: Endgame’s best moments. 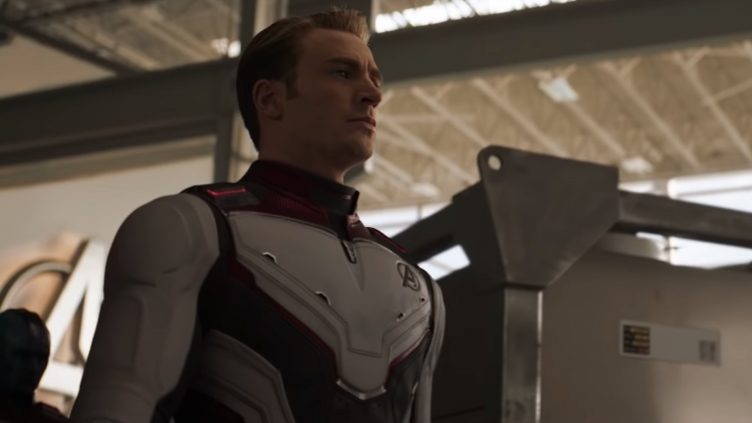