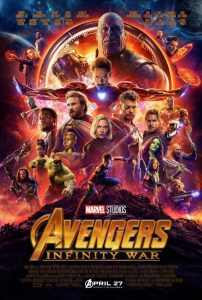 Dessert completes a meal, but you can’t make a good meal entirely out of dessert. Sure, it would be sweet and possibly even filling. Still, you need something more substantial than all of those indulgent calories. Avengers: Infinity War feels like a never-ending supply of sweet moments with a better plot probably saved for its sequel. With so much crammed into this film and expectations so high, it’s hard not to feel a little underwhelmed with the result. What if a production company spent 10 years and 18 movies setting the foundation for a two-movie event like no other in history? Marvel Studios did exactly that, and here’s the payoff. Avengers: Infinity War marks a cinematic achievement like no other and delivers the moments, however brief or sustained, for which Marvel fans salivated with each post-credits scene and buried hint.

My feelings about Avengers: Infinity War surprised me, especially because I thought that the filmmakers’ previous Marvel movies were better. It could be a matter of fewer characters or subplots to juggle, but Captain America: The Winter Soldier and Captain America: Civil War stand out as some of the better entries in the Marvel Cinematic Universe. Directors Anthony Russo and Joe Russo and writers Christopher Markus and Stephen McFeely even provided a large number of superheroes in Captain America: Civil War that didn’t buckle under their collective weight. Those projects prepared them for this third collaboration. At its heart a quest for power, Avengers: Infinity War assembles as many superheroes as possible to prevent a destructive, purple villain named Thanos (Josh Brolin) from collecting six elemental Infinity Stones to become the most powerful being in the universe.

If you lose focus for a minute, you could easily miss some of the appearances of characters who had major roles in previous movies. Here comes Gwyneth Paltrow as Pepper Potts, and there she goes a minute later. Some characters like Peter Parker’s friend Ned (Jacob Batalon) get as much time as the silly Stan Lee cameo, so when you understand that the focus is not on them, you might appreciate their appearances as a way to fill out your card in a version of Marvel bingo. Even the main characters will have your head spinning because the narrative jumps back and forth between various groups of characters. Tony Stark/Iron Man (Robert Downey Jr.) and Peter Parker/Spider-Man (Tom Holland) set off to save Doctor Strange (Benedict Cumberbatch) after some of Thanos’s henchmen kidnap him to steal his Infinity Stone for their boss. Thor (Chris Hemsworth) meets up with the Guardians of the Galaxy, who then split up into two groups for different missions. Bruce Banner/Hulk (Mark Ruffalo) calls up a bearded Steve Rogers/Captain America (Chris Evans), and they’re part of a group that heads to Wakanda to protect the Infinity Stone that’s embedded in the head of Vision (Paul Bettany). None of the actors feel like they’re in the film long enough to deliver any kind of meaty acting scenes. The only exceptions are Brolin and Zoe Saldana, whose characters share a special bond and history.

Humor permeates every successful Marvel movie, and there are so many moments and one-liners that the movie rarely lags. Whether it’s Doctor Strange throwing shade at Tony Stark or the Guardians of the Galaxy bickering with each other, you’re certain to laugh at the unexpected levity in a film that’s ultimately pretty dark. I brand Stark’s way of talking down to others as “Tony Snark,” and there’s a lot of that here, from Stark’s wizard comments about Doctor Strange to delivering lines to invaders like “Earth is closed today.” The teen version of Groot (voiced by Vin Diesel) never lets go of a handheld video game as he sprouts a bad attitude. Running gags about Thor’s references to Rocket (voiced by Bradley Cooper) and Banner’s HD (Hulk Dysfunction) problem reinforce the humor over the 2 ½-hour running time. Is there a little green pill for that?

Marvel fans will enjoy the many revelations, new elements and special moments that punctuate such movies. Certain characters receive dramatic entrances, and given the success of Black Panther, you can feel the love from the audience when Wakanda appears for the first time. Some characters get new suits or abilities, and there’s nothing better to bring everyone together than a giant battle. For a film crammed with what would be memorable moments in a “normal” Marvel film, you will probably need at least another viewing to appreciate them and digest them. Do the Guardians of the Galaxy revive a classic song during their exploits? Sure. Just don’t expect enough music for a soundtrack like you would with one of their stand-alone films. If you blink, you’ll miss my favorite moment. Okoye (Danai Gurira) gives the most perfect side eye to a clumsy Banner that it’s destined to be a popular GIF for Internet comments.

The special effects reach a new level of excellence here because of the large variety of locations and character abilities that feel like a collection of elements from all 10 years of Marvel entries. You would think that you could overlook a visual misstep like Banner’s seemingly disembodied head floating above an armored suit. Unfortunately, that’s the sight that people remembered after the film ended. The problems with the film similarly stand out despite so many more great bits. The rules of life and reality are too arbitrary to inform a solid plot. If the Infinity Stones can change everything, then it doesn’t matter what any character does in this film. In a story so focused on the Stones, it’s cheating that Thanos already has one of them and we don’t really see how he gets another. Although Wakanda’s technology surpasses that of most other nations on Earth, it fails in an unacceptable way here. Lazy writing leads to the solution of a problem that involves a trillion wired connections. Worst of all, I felt the length of the movie a few times, so I wasn’t as engaged as I should have been.

Alan Silvestri deserves a special mention for providing an outstanding score for such a massive undertaking. Although the cliffhanger ending and the movie as a whole set up the second part, pay attention to the dialogue and sit through the credits to find clues about where the Marvel films are headed next. I was amused that the Chrises Hemsworth, Evans and Pratt were all in the same project; all you need is Chris Pine to run the table. Marvel Studios pulled off the longest con in movies with the build-up to Avengers: Infinity War, and I already can’t wait another year to see how it all ends. Given the gravity of the story, these two films may just be the case where the dessert was served before the main course. That works for me. Can I please just have the Time Stone to jump back a few years? 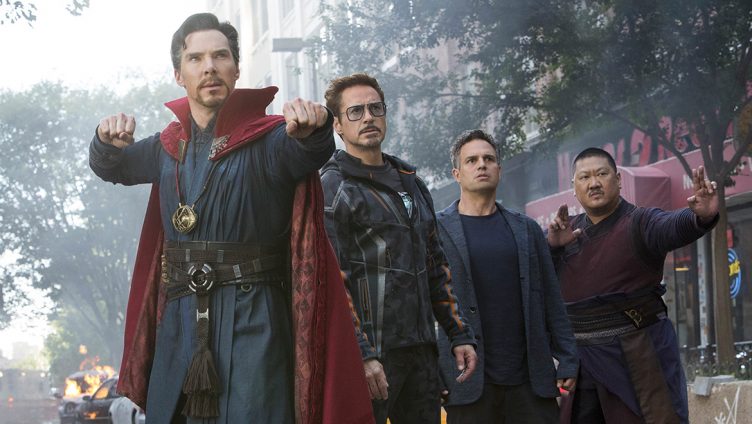