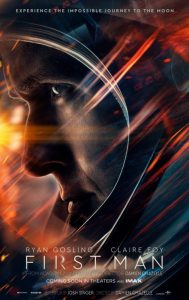 This is a biopic of Neil Armstrong (Ryan Gosling) and his experiences at NASA covering the period from 1962 to 1969. The film starts a few months before Armstrong, then a civilian NASA test pilot, is selected to be part of the Gemini astronaut team. Project Gemini was the second of three projects (bookended by  Project Mercury and Project Apollo) with the mission of landing men on the moon. The film takes an in-depth look into the motivations and sacrifices of both Armstrong and his family throughout his time as an active astronaut. Armstrong’s nature, defiantly guarded and almost militantly unassuming, was anything but the optimal recipe for an astronaut of his generation. The space race was, as much as anything, a PR campaign very much in need of larger-than-life advocates to help keep the public invested. The chasm between NASA’s desire and Armstrong’s reality would prove to make him both one of the least likely and most likely candidates to command the most important mission to the moon.

Oscar winning-director Damien Chazelle (La La Land and Whiplash) takes us inside the head of Armstrong and behind the scenes of his modest but challenging home life. Chazelle’s approach is a daring one. The film attempts to bring color to a man who embodied the dull grays of the very surface to which he will forever be anchored. What Chazelle delivers feels much like two distinct films, one far more engaging than the other. Early on, we get a number of introspective scenes between Armstrong, his supportive but often frustrated wife Janet (Claire Foy) and his oft-disregarded kids. Chazelle’s goal is clear — define for us the pieces that, together, make up the man. What we get feels contrived, forced and unnecessarily slow. The only thing that we gain is a mild empathy for Janet muted by the question of what she expected when marrying a test pilot. Subplots involving fellow astronauts feel similarly bland. There’s nothing wrong with any of the performances; it’s just the dreary material that they convey.

It’s when Armstrong is working that the film bursts fully into our imagination. These scenes crackle with undeniable power and an epic nature that can’t be ignored. Much of it is done with a shaky camera, but that’s rather par for the course in a film involving men sitting atop huge rockets and hurtling thousands of miles an hour through the vacuum of unforgiving space. Here, Chazelle shines. He perfectly weaves an edge-of-your-seat narrative built on the foundation of President John F. Kennedy‘s unforgettable words and the majesty and humility of space exploration. The Right Stuff and Apollo 13 tell a more engaging, fully-formed tale, but First Man beats them both in conveying a true sense of cosmic scale and our infinitesimal measurement within it. 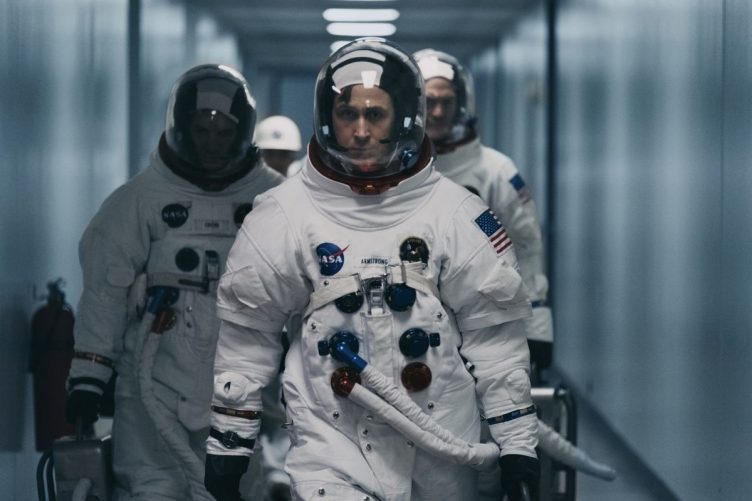