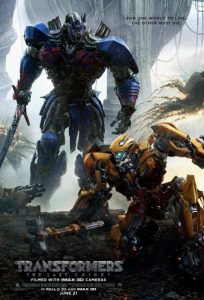 If you aren’t prepared for a completely impossible, explosive, over-the-top movie, then you have no knowledge of the previous Transformers releases. Director Michael Bay established a reputation with these larger-than-life flicks and plans to keep them coming whether we want them or not, just like James Cameron and his Avatar sequels. I happen to like loud, stupid action flicks no matter how loud or stupid that they get as long as I’m entertained. This new entry in the series pushes things a little too far in the stupid direction, so I didn’t enjoy it as much as Transformers: Age of Extinction. Transformers: The Last Knight means well even as the plot points fly apart like an exploding Autobot that can’t be repaired again.

Bay concentrated on the massive and impressive job of joining all of the live footage and special effects for jaw-dropping visuals that impress whether you like the rest of the movie or not. A team of writers astonishingly include the mechanized creatures in human history and confer this legacy onto present-day characters. Mark Wahlberg returns as inventor and junk collector Cade Yeager, who is currently wanted by the government for harboring some now-illegal Transformers. Cade’s journey eventually includes tough loner Izabella (Isabela Moner) and brilliant Oxford academic Vivian Wembley (Laura Haddock). Unfortunately, the evil robot Quintessa (played via motion capture by Gemma Chan) directs the Transformers home planet Cybertron on a collision course with Earth, and only Cade and Vivian can save the day.

The cast ranks second to the special effects and robot costars. Haddock and a buffed Wahlberg hold their own, but there aren’t many scenes without them surrounded by metal beings. Vivian holds more interest than Cade, yet we don’t learn too much about her. Stanley Tucci plays an unexpected, bizarre character here after a more significant role in the previous film. Josh Duhamel also returns as a soldier and the only character who has been in most of the Transformers movies. You could argue that there are too many human characters who bring with them various subplots. It’s necessary that Sir Edmund Burton (Anthony Hopkins) sees the link to the past and brings everyone together. He also partners with one of the best new Autobots named Cogman (voiced by Jim Carter). John Turturro and Tony Hale almost have cameos and probably should have been cut before filming. The two most important cast members for me are voice actors Peter Cullen as Optimus Prime and the legendary Frank Welker as Megatron. John Goodman (Hound) and Ken Watanabe (Drift) fortunately return, and Reno Wilson and Omar Sy leave you wanting more with their smaller voice roles. With so many characters, the filmmakers fail to provide an anchor point for the film as well as they did in previous series entries.

The special effects credits go by for a few minutes because their efforts bring life to the movie. When they coined the phrase “movie magic,” they didn’t even dream big enough to include such scenes that would be impossible without computers. A beautiful slow-motion sequence of Bumblebee reassembling beats out the bigger scenes with falling debris and destruction on Earth. There’s balance between subtle details such as antifreeze leaking out of damaged Autobots like blood and impressive, massive sets that include a spaceship and the surface of Cybertron. The gorgeous, gleaming vehicles into which the Autobots and Decepticons transform are like something out of The Fate of the Furious. All of these special effects occupy the eye while the mind is still left to wander.

Transformers: The Last Knight will not win any awards for realism in visuals or plot. The laws of physics fall like weak Decepticons. Although I always expected Cybertron to be a huge planet along the lines of Jupiter, the version here appears slightly larger than our Moon. Don’t try to get your head around the idea that Cybertron could approach and scrape Earth. One problem that I always had with Transformers exploding is that all of the pieces can’t actually reassemble because some would burn up. It’s already magical enough that Transformers exist in this universe, so was real magic also necessary? How do people not get killed in some of the situations in the ridiculous finale? I don’t know. I gave up on questions like that much earlier in the movie.

Don’t worry. If this entry is not your cup of tea, there are at least three more Transformers movies planned. The secret revealed about Earth and Stonehenge’s significance will likely play bigger parts in any future plots. I would just like the screenwriters to simplify things and focus on a few strong human characters as well as the familiar Transformers. The writers inject lots of comedy in both the quiet scenes and the epic battles. These films need such levity as well as the wow factor. “Torches” by X Ambassadors caps off the film nicely as it plays over the credits. Transformers: The Last Knight perhaps leads as the most brainless action film of summer 2017, yet that doesn’t necessarily make people cross it off their list as long as they check their brains at the door. 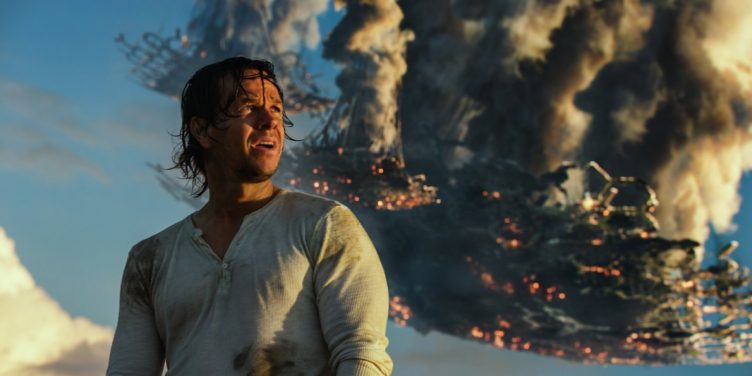