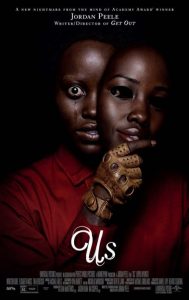 Lightning sometimes strikes twice. When it does, it often targets the same location with the same intensity. In the case of writer/director Jordan Peele, he has now delivered a second hit right after the global success of Get Out, and audiences are sure to react with the same enthusiasm as they did before. Us deserves to sit next to Get Out on a shelf of genre movies. Fortunately, the project reaches beyond the standard fare to stand out. Us establishes Peele with another horror flick that makes you think as well as squirm in your seat.

If Peele succeeded at one thing, he made it difficult to talk about his film and not give away any of the plot. If you’re able to see this film without watching the trailer or otherwise hearing about it, you’re in for a wild ride and plenty of moments that go off the rail. Unlike Get Out and its larger social and racial commentary, Us embraces the horror genre with both hands outstretched. A simple premise belies the larger happenings in our world. The middle-class Wilson family in California goes on vacation to their beach house. Adelaide or “Addy” (Lupita Nyong’o) and Gabe (Winston Duke) take their daughter Zora (Shahadi Wright Joseph) and son Jason (Evan Alex) to the beach despite Addy’s reluctance based on something bad that happened in her past as outlined in a prologue. The family hangs out with friends Kitty Tyler (Elisabeth Moss) and her husband Josh (Tim Heidecker) before heading back to the beach house. When a group of people menacingly stand in the driveway later that night, the ensuing nightmare begins and doesn’t let up until the credits.

Although both Nyong’o and Duke appeared in Black Panther, Us takes them far away from Wakanda to exhibit superhero powers of a different kind. In tightly curled braids, Nyong’o commands the screen from her first scene and spends much of her time terrified and on edge. I would imagine that she needed a lot of alone time to unwind after a long day of shooting these challenging scenes. The focus may be on Addy and Nyong’o, yet Duke, Joseph and Alex establish their own characters and make you feel for them as the plot unfolds. Moss and Heidecker have smaller roles, so they don’t get many opportunities to shine. Peele created smart characters, and that writing choice goes miles to break the often-skewered stereotype of black characters in horror movies getting killed early for doing stupid things. Except for only one misstep, the Wilsons don’t mess around and use their brains and creativity to just survive somehow. A beautiful scene in which the foursome listens to a song on the radio tells you everything that you need to know about them. The family that grooves together…

So much about horror films depends on atmosphere and what the director guides you to see. The spooky and solid music by Michael Abels perfectly merges discordant sounds with a thumping bass track. I can hear it now in my head even as I write these words. That distinct music fits Us as well as John Carpenter’s themes fit Halloween. Us delves deep into horror and earns its R rating. Blood and gore are on the menu as well as some terrifying situations and relentless pacing. I’m sure that it’s no accident that the son’s name is Jason, and there are plenty of nods to other horror films from giant monster movies to Scream and The Funhouse. Characters’ eyes bug out as you might have seen in Get Out. Could that be a director’s trademark? You can tell that Peele had as much fun exploring the genre as well as adding his own entry to the long history of such films.

Us provides a meaty plot and then seasons it with details that you might miss or just simply not appreciate as they go by. A second viewing will certainly deepen your appreciation of Peele’s directorial skills. From the opening title card that lists some factoids that are clues to the deeper mystery to the very last shot, Us commands your attention. A quick shot of some videotapes reveals the movies C.H.U.D. and The Right Stuff (also featured in videotape form in Captain Marvel). Duality plays a key role here, as the Tylers have twin girls and certain numbers repeatedly appear. A shot of a spider may seem to have no meaning until you take in its surroundings. Why does Jason wear a monster mask and play with a device like a lighter? I don’t know, and you probably won’t, either. The film will leave you with more questions than answers and would serve as a perfect film to spawn discussion over dinner with friends after a viewing.

As much as I would love to see another horror movie from Peele, my advice to him instead is to quit while he’s ahead. He has now made two nearly perfect films. The last thing that he wants to do is to get pigeonholed as a maker of thrillers and be forced to spit them out as M. Night Shyamalan did before he burned out and ran out of ideas. Even if Peele has a premise that outshines his first two, he should take a few years off and direct other projects. Fans would welcome them, and something tells me that a drama or comedy from Peele would be just as compelling. I went into Us with low expectations and left out of breath and satisfied as if I had just made it through the film’s ordeals myself. 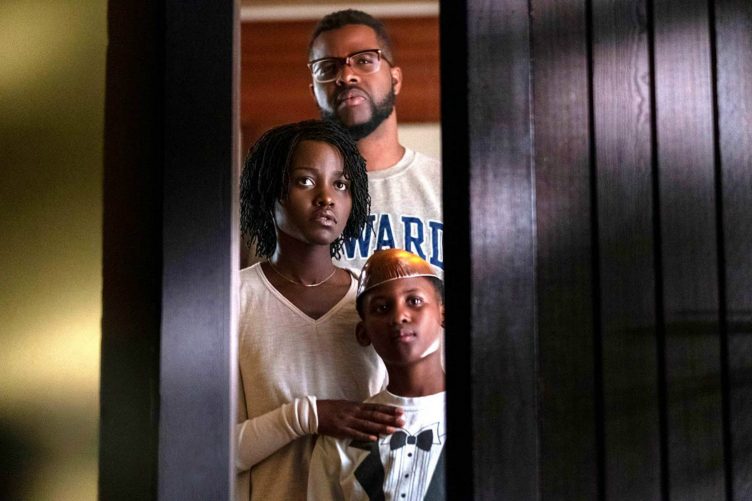