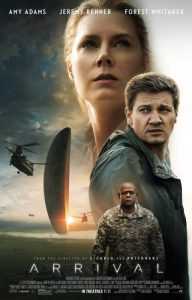 A respected linguist is enlisted to help communicate with visiting extraterrestrials in Arrival.

Out of the blue, literally, a dozen alien spacecraft take up positions around the globe. Their intentions are unknown, and for the time being, they take no provocative actions beyond the act of arriving. The military quickly convinces a nearby linguist, Dr. Louise Banks (Amy Adams), to travel to Montana in hopes of opening a two-way dialogue with the enigmatic visitors. Time is of the essence as tensions around the planet grow more frayed with each passing day. Banks is paired with theoretical physicist Ian Donnelly (Jeremy Renner) in a race against time to discover the aliens’ ultimate objective.

Director Denis Villeneuve returns with another vehicle that promises a captivating tale, but as with his last three films (Sicario, Enemy and Prisoners), he fails to deliver a story that stands up to scrutiny. It doesn’t help that the plot meanders along at a pedestrian pace entirely in contrast to the immediacy of the situation. Thankfully, once beyond the setup, it settles into a fairly engaging, though ultimately disappointing, thriller.

The soundtrack is horrid. Villeneuve can’t seem to decide between a score that’s either overly loud and unbelievably ominous or one that’s just incredibly sappy. The script isn’t much better. The entire foundation for the story is a complete manipulation that simply wouldn’t work if was told straight out. The trouble starts with characters who seem entirely disconnected from reality. Aliens have landed, and their impact on humanity seems to be a minor fender bender in a parking lot. Banks calls home to her mother and barely mentions the most profound thing to ever happen to her or anyone. The news reports on it with the same priority of a local forest fire. Once Banks reaches the site, she has to deal with a brain-dead military presence whose leader (Forest Whitaker) might as well be named General Cliché.

You’ll encounter more drama and higher stakes looking at a carton of milk and wondering if it’s still fresh enough to drink. This film is just at the cusp. It’ll wet the cereal, but there’s going to be an aftertaste. 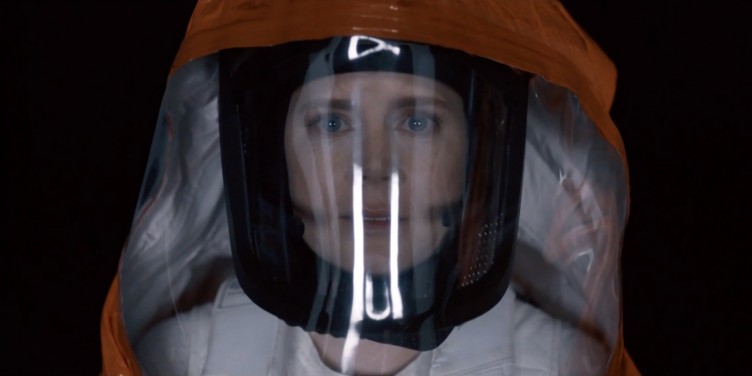