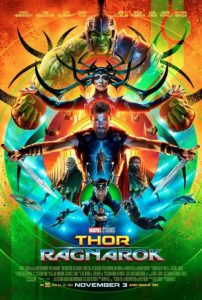 Superhero movies can lean heavily toward comedy or drama. The best ones find some way to mix the two. After recent experiences, I’ve come to the conclusion that I prefer my superhero movies to be funny. Guardians of the Galaxy and this year’s Guardians of the Galaxy Vol. 2 proved my point, and now, the massively entertaining Thor: Ragnarok drives it home. I sometimes watch films and hope to be moved or reached emotionally, and other times, it’s all about the fun. Thor: Ragnarok kept me laughing from start to finish and put the Asgardian god of thunder on top of the Marvel Universe mountain for the first time.

The previous entries in the series, Thor and Thor: The Dark World, felt like perfunctory films to advance the titular character’s story so that it lined up with future projects. Truthfully, all of the Marvel projects interact as part of the greater whole, but that’s what defines comic book universes. Thor: Ragnarok’s difference comes from the energy infused by director Taika Waititi, known for the quirky titles Eagle vs Shark and Boy. Someone like Waititi instantly transforms a stale property like the Thor series into A-level quality. Writers Eric Pearson, Craig Kyle and Christopher Yost all have experience writing comic book characters, so their familiarity with the mechanisms of such works and Waititi’s input meshed perfectly.

Thor: Ragnarok begins with Thor (Chris Hemsworth) trapped in a cage by a demon named Surtur (voiced by Clancy Brown). After this unfortunate opening, Thor escapes back to his beloved Asgard and discovers that his father Odin (Anthony Hopkins) has gone missing. Thor and his brother Loki (Tom Hiddleston) leave Asgard in search of Odin and eventually meet the evil Hela (Cate Blanchett) and deal with the self-centered dictator Grandmaster (Jeff Goldblum) on the trash planet Sakaar. The Grandmaster has enslaved Hulk/Bruce Banner (Mark Ruffalo), and Thor’s efforts to free Hulk and escape Sakaar focus on new characters played by Tessa Thompson and voiced by Waititi himself. Although a lot happens, I never felt bogged down by the details because the jumps between Asgard, Sakaar and other locations felt natural.

Hemsworth embodies Thor as in the past, and his role mixes heroism, sarcasm and even a few obligatory shirtless shots for those interested. Hiddleston oozes deception and smarminess as always, and he and Hemsworth are the building blocks onto which the rest of the movie and characters are placed. The acting highlights include Thompson, Blanchett and Goldblum. Thompson impressed me in Creed, and unlike that serious role, she clearly emanates enjoyment of her job in every second. Blanchett probably wears the best costumes in the film; she looks like a rock star and marks the best goth transformation of an actress in recent memory. Goldblum seems to delight in every line of dialogue, so he steals every scene and goes for broke with this wacky character.

I can’t emphasize the humor enough. Even a throwaway scene of the Asgardian Skurge (Karl Urban) showing off for some ladies has a punch line. Details that would go unnoticed elsewhere get a tinge of comedy here. Banner needs some clothes after transforming from Hulk, and his choice causes a giggle or two. I almost never approve of a director taking a small role in one of his or her projects, especially if his name is M. Night Shyamalan. Waititi voices a rock creature called Korg, and almost every single line of his dialogue makes you laugh because of the perfect comedic timing or Korg’s unique attitude like Rocket from the Guardians of the Galaxy films. I hope that Korg returns, and if not, I’ll certainly look for Waititi’s next movie.

I don’t expect much from scores to superhero films. Fortunately, Mark Mothersbaugh composed the perfect score for Thor: Ragnarok. The DEVO keyboardist, songwriter and singer delivers the soaring symphonic sounds that you would expect. His unique touch places jaunty electronic synthesizer pieces at key moments, especially on Sakaar. This score ranks as one of Mothersbaugh’s best, and you’d be surprised to learn how much music that he has contributed to both TV shows and movies. Top off the music with the cherry of Led Zeppelin’s “Immigrant Song,” and Thor: Ragnarok is more like “Thor: Ragnarock.”

Every Marvel film contains cameos and bonus scenes. Stay through the credits for the bonus scenes, and the real bonus is the final music from Mothersbaugh. The cameos continue the great humor from the rest of the film rather than just abruptly show you an actor, and one of the cameos firmly places the events in the greater stories of the Marvel Universe. Cameos jolt you for a second, but the secrets revealed about people go above and beyond normal character development to transform the major players by the end. There’s a lot to discover here, and hopefully, the next Marvel film keeps this level of quality and excitement as high. Thor: Ragnarok’s comedy lured me in, and the strong plot and characters kept the ball rolling — hammer down the whole way. 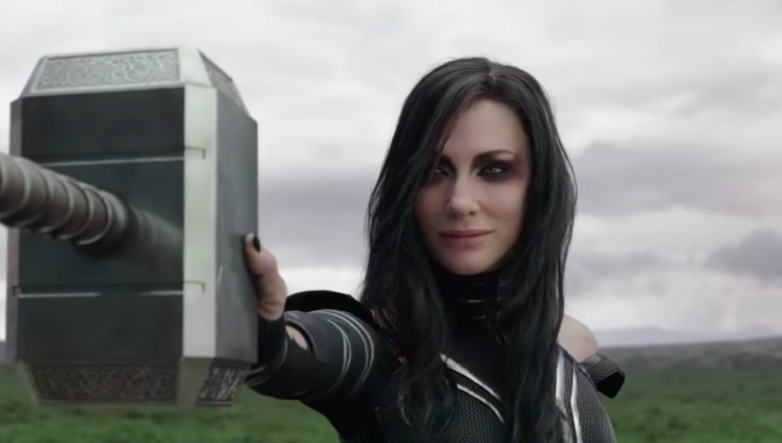