I have a puzzle to solve. It’s a curious puzzle and one that begs a number of questions.

Here’s the issue. Back in March of 2008 I saw a small independent movie called The Counterfeiters. I then wrote up a review of the film on March 22nd and posted it here as usual. Then the curious life of this post began. 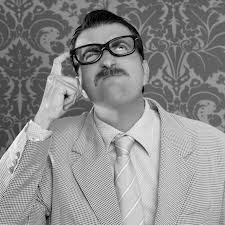 The puzzle involves how popular this post is. It was a fairly forgettable film. Nothing to write home about and yet, almost instantly, the post was getting views all over the world. Out of all the countless, often-weighty, things I’ve written since this blog began in 2005 this post is the fourth most popular post of the entire group.

All the others in the top 10 make sense. This one? Not so much. Every single month I look and, while the other posts ebb and flow depending on what’s in the news, this one is always reliably there getting views like clockwork. It’s never a ton but it’s always there.

How can a short, insignificant review of a forgettable movie continue to so reliably draw hits more than four years after I wrote it?

The only guess I have at all is the title and that there’s so much interest in the general concept of counterfeiting  that anyone searching for information finds this post and drops by for a quick look before realizing their mistake. Blogger doesn’t provide a lot of detail so I really have no idea what the average amount of time on that page is compared to the others. That might be useful to know.

However, when I search any variation of the word “counterfeit” this post is nowhere to be seen. It’s very strange.

The only other thought I have is that, somehow, this specific post is the target of some sort of technical glitch. Maybe it’s continually seen by web crawlers and no one is really looking at the page. I just don’t know.

Does anyone else have any idea what the solution might be?