This post is about Lookout Mobile Security—an app for Android and iPhone devices. However, this isn’t a review of that product. Its main design is as a security app to lock down and/or locate your missing phone (among other nifty features). This post is about what it isn’t today but should be.

One of newer trends in phone apps is tracking. We’ve got Google‘s Latitude and several other apps that allow you to keep track of your friends and family or to broadcast your locations to said peers. However, the biggest problem with those apps is that that’s pretty much all they do and to do this “right” they must be running on your phone 24 hours a day, seven days a week eating up precious battery life. They continually update your location on the off chance that someone currently gives a squat about where you are. 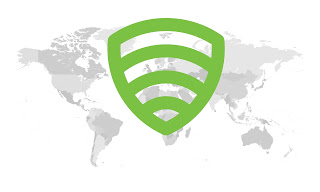 However, with Lookout, the app is already loaded on your phone doing what it does in the background very quietly and efficiently. It then dawned on me that these two things could be brought together brilliantly if Lookout would just allow users to assign friends or family as contacts that are allowed to manually request your location. They key would be that this would only happen when needed. 99% of the time there’s no need to know where your child or friends are but when you want to know someone’s okay or if you’re close to that party you were invited to but can’t reach anyone on the phone, a simple manual request would get you the information you need.

Of course all of this would be done with their approval (or compliance in the case of a child) and the minimal overhead of that poking would barely even be noticed by the phone.

This would also serve as a wonderful hook-feature for Lookout as everyone else wanting to take part would need Lookout.

Another app that provides this functionality is fine but why run two apps when one app could do it with minimal change?

There is one app from a service called Life360 that might provide this functionality but, again, it’s yet another app that everyone has to agree to use just for this one purpose and that’s a harder sell then just turning on a feature in an app most would readily use if they’re not already using it.