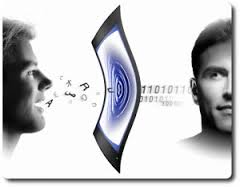 I had a recent experience (as in this past weekend) that I thought I’d put a note up about, as I doubt I’m alone. It involves my mother who reads this blog, so if this comes off as insulting in any manner, it’s not intended, and you have my apology in advance (though I should probably already know better that if you have to apologize in advance then perhaps I should stop here, but…..)

I always enjoy technology, even when it doesn’t behave the way it’s supposed to. When this happens, it makes me feel like a modern day Sherlock Holmes. The game is afoot!

When trouble strikes people like my mother, the problem is made doubly complex. Why? Well, not only do you have to try and resolve the problem, but you have to start by decoding the language she uses to describe it. Many non-techies share this trait. My father used to (and may still) refer to any storage medium as a “tape”. Floppies were tapes. USB drives are tapes, etc. The irony there is that I don’t think he’s every actually put any computer data on a real tape.

So this past week my mother ran into another PC problem. She’s a real trooper about it. For someone who couldn’t program her VCR in years past, she really gives the whole PC thing a run for its money. She’ll buy or borrow books on all kinds of subjects and reads up on others online. I really thought I’d never see her on a PC, and now she’s got the PC and a laptop. Amazing. However, there is the language barrier. For example, she still thinks of Google as an application and not a site. She thinks Google‘s search input box is the Address Bar, etc. I can’t tell you how many times I’ve tried to resolve her problems over the phone by sending her to a website, only to remember that when she fails to get there, that it’s because she typed the address I gave her directly into Google’s search box and not the address bar.

Anyway, this problem started on July 27th when she noticed that her weather wouldn’t update. This refers to the Firefox add-on Forecastbar that provides weather info inside Firefox. So she tells me that her PC is having trouble. “Firefox is broken but the Google program works“. Translation: There’s nothing wrong with Firefox but she can only get to Google. In another reference she states, “If Google isn’t working couldn’t I remove it and then reinstall it?” Maybe, if you have a big enough wrecking ball, lots of time and a way to hold off the SWAT team as you try and knock down their headquarters, you just might be able to pull that off.

While I’m on this, and I know Mom is reading: Mother dear. Google is a website. It is no different than any other website you visit as far as the browser is concerned. Just because it’s your default site, meaning your home page, doesn’t make it any different. If your home page were some other page it probably wouldn’t have worked. The only reason Google worked is that Verizon does a little technical trickery that makes a few, highly popular websites work as if they were part of Verizon’s internal network.

I use UltraVNC to get onto her PC remotely from mine. No problem there. Clearly something is working. I look around and find some minor crap loaded so I use Hijack This to blow it out and reboot the PC. It still won’t get outside Google. I then got a bit busy personally and decided to look at it the next day. I tell her that I think the problem is with Verizon and that she should call their support for guidance. I should have known better (again).

She writes back this morning that she called support and the rep, that she could hardly understand (how ironic is that?), has told her the problem is with her anti-virus program (Eset‘s NOD32) and her spyware program (Sunbelt Software‘s CounterSpy). She tells her that these should be removed and that she should hire a professional service to wipe her machine and start over, getting new security programs in the process. Oh, she also has a virus she’s told.

In a later message she starts to believe the rep, as her laptop is behaving the same way. It connects to Google but nothing else, and it too has NOD32 and CounterSpy. She thinks this has merit because she almost never uses the laptop. The laptop doesn’t work because, of course, it’s on the same compromised connection that the desktop is on. It’s like expecting the upstairs faucet to work when the water main is turned off.

I then see there’s another e-mail from Mom. The subject is “Yea. Success”. My first thought is one of dread. Has she, in the intervening hours, actually gone out and taken her PC to some repair shop and had it wiped?

I jump to her latest message and get the answer. In her own thinking she’s come to the conclusion, that with all the recent rain, maybe her cables have gotten wet. “I unplugged the internet phone jack and replaced it.” hehehehe I would just love to see her actually perform this as stated. The translation is that she disconnected the cables from the VoIP phone adapter and plugged them back in. This, of course, didn’t fix anything, but it shows progress as this is how you can resolve many phone problems when you have VoIP phones. If only she were having phone trouble this would have been noteworthy.

She goes on to say, “Then I unplugged the large plugs for the connection and replaced those. Rebooted and viola.” Translation? She unplugged the power cords for her network and rebooted. In other words, she power cycled the router which was the problem all along.

To me this is a classic story. It’s like a thirsty blind man finding a river by smelling elephant urine in the air and mistaking it for the smell of water only to trip over the river on the way. It’s actually better than that, as it shows good deductive reasoning and, frankly, she got to the answer before I did, and for that I’m sorry.

What really irks me is Verizon’s support. Had she gone ahead and followed their advice she’d have spent several hundred dollars, gotten a completely wiped PC back including new, unwanted anti-virus and spyware utilities, wasted her remaining subscriptions to the current apps. Additionally she’d have gotten the impression that this was the solution because in all likelihood she’d have turned off the power strip the router is plugged into as part of her shut-down process before transporting the PC to the shop. The fix would be like dealing with a pesky rodent with nuclear missiles. Worse, Verizon is rife with this problem so you’d think their own reps would be quick to jump to this simple fix. Unplug the router, count to five and plug it back in. Doh!

I can only imagine what my language sounds like to her coming in the other direction. Regardless, I wouldn’t trade these exchanges for anything. They’re always interesting while only sometimes being truly frustrating. It’s well worth the trade-off.