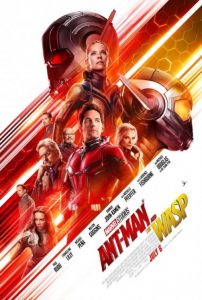 Ant-Man’s progression in the Marvel films has been promising. After a great introduction with the self-titled Ant-Man, he made a major impression in the battle scene in Captain America: Civil War. The next logical step was a team-up movie with The Wasp to keep on growing. Unfortunately, a plot as flat as an ant trampled underfoot left my interest shrinking. Comedic moments and exciting sequences phase in and out much like the mysterious new character Ghost. Ant-Man and The Wasp redeems itself in the finale, but the film overall feels smaller than the sum of its good parts.

Peyton Reed reprises his role as director, so this sequel certainly seems connected to its predecessor. Maybe my problems lie with the five writers who assembled this script. In many ways, it’s like they made up explanations and plot points as they went along. Scott Lang/Ant-Man (Paul Rudd) has been placed under house arrest following the events of Captain America: Civil War and forbidden any contact with Hope Van Dyne/The Wasp (Evangeline Lilly) or Dr. Hank Pym (Michael Douglas). The two need Lang to help them find and save Janet Van Dyne (Michelle Pfeiffer), who has been trapped in the subatomic quantum universe, or whatever they call it, for decades after a mission with Pym. Lang continually breaks out of his own house and ducks FBI agent Jimmy Woo (Randall Park) as he goes on excursions with the father-daughter team. Along the way, they encounter Ghost (Hannah John-Kamen), a woman whose body is stuck in a constant cycle of phasing in and out of our plane of existence.

Rudd’s at his best when he’s sarcastic and funny. As one of the writers, you would think that he’d give himself more moments like that. Instead, there aren’t nearly enough. Lilly impressed me with her natural acting ability from her first scenes in the TV series Lost, and she only got better over time, easily slipping into her superhero suit for this role. Michael Peña provides the comic relief instead of Rudd and steals any scenes in which he appears. You must have seen Walton Goggins in his numerous performances, and he’s the lead villain of sorts here. Douglas delights as Pym with his deadpan delivery and focus on the task at hand. Laurence Fishburne doesn’t get enough screen time, but that’s the problem when you pack too many characters into a movie. Bobby Cannavale and Judy Greer could have been written out of this movie altogether because their few touchy-feely scenes are weird. I’m not sure how the producers convinced Pfeiffer to put on another tight suit after Grease 2 and Batman Returns, but she lights up the screen when she appears.

Ant-Man and The Wasp provides about half of the entertainment that I would expect. The fun and exciting fight sequences show glimpses of what the entire film could have been with the clever use of the leads shrinking and growing both themselves and objects. The relationships between parents and daughters add a sentimental level to the film that resonates throughout. Lang’s wonderful scenes with his daughter Cassie (Abby Ryder Fortson) almost belong in a different kind of movie like a family film. The visuals of small and big objects and people form the core of these movies; fortunately, there’s no shortage of sight gags and creative uses of Pym’s technology. The movie finally hits its stride in the finale and highlights famous sights in San Francisco, including the twisty section of Lombard Street and Fisherman’s Wharf. Unlike the mere glimpse of his image in Deadpool 2, Stan Lee returns to form with a great, funny cameo.

There are parts of Ant-Man and The Wasp that I just couldn’t accept. I can suspend disbelief. After all, characters shrink and grow at will with just the touch of a button. The writers engaged in lots of stupid quantum talk and gobbledygook that doesn’t help the plot. If you’re going to go there, you have to make it work. For example, if characters shrink to subatomic size, they wouldn’t see other creatures and colorful lights that are actually bigger than and composed of atoms. (The trippy kaleidoscopic visuals might require Disney to issue another epilepsy warning after a scene from Incredibles 2 caused concern.) You might not be as picky as me. Fine. After all, this might be the first appearance of a tardigrade in a feature film. At various times, the characters shrink and grow a building and run around with it. Wouldn’t the contents of that building be jostled about like they went through an earthquake? For a major sequel like this one, you can’t revert to a plot that feels like Star Trek III: The Search for Spock. The quest to save Janet Van Dyne would work best as a subplot to the more interesting film that the filmmakers just didn’t produce.

Not all of the Marvel movies deliver the same impact or experience. That happens when so many of them hit theaters each year. The official trailer presents the movie that I wanted to see, even if it stupidly includes the post-credits scene. An eye-opening sequence during the credits makes everything that you endured worth those couple of minutes. I look forward to future adventures of the characters. For now, Ant-Man and The Wasp serves up a fun-size treat instead of a full snack. 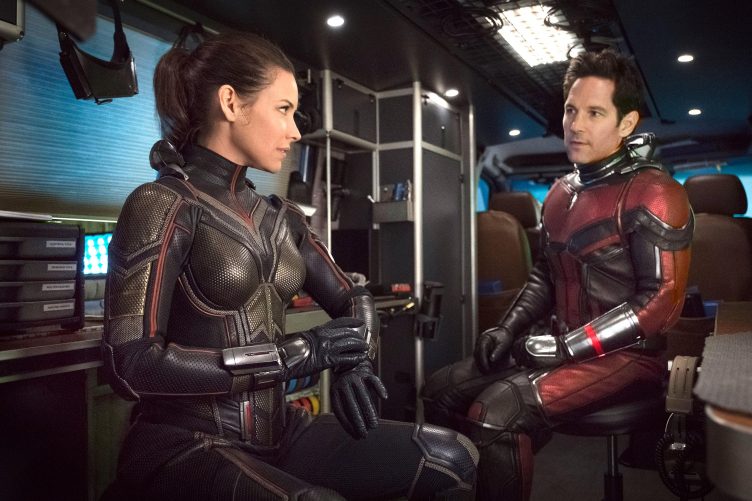