Mitt Romney spoke to the NAACP the other day and the event was quite interesting in how the media (on all sides) chose to cover it.

However, much of what I’m seeing on Fox News and other conservative outlets points to exactly the kind of thing conservatives rail on continuously—a liberal bias in coverage.

Almost immediately after the speech ending pundits on the right pointed out that Romney’s speech received a standing ovation. Of course they also pointed out that Romney accepted the invitation to speak and that President Obama did not. Many predicted that the liberal media wouldn’t make note of the ovation.

This is a clear indication of a conservative bias in coverage.

The facts are pretty clear on this:

First of all, Mitt Romney had absolutely no positive option in declining to speak at this event. The Mormon faith has had a long history of excluding and insulting the African American community and there’s already a microscope on Romney in this regard. Had he declined to speak it would have been viewed as more of the same from yet another Mormon towards people of color. Romney flat-out cannot afford to have that anchor around his neck. There is, of course, no similar anchor around Obama’s neck at the NAACP.

Second, the bulk of Romney’s speech met with clear disapproval including some booing. This isn’t exactly surprising or to have been unexpected. However, to try to paint the picture that Romney’s speech was a huge success based on the final standing ovation is entirely wrong. That ovation does not convey acceptance of the whole. It was simply a tacit approval of the moving nature of his final comments that played very heavily (and perfectly) into the areas that would be best received by the audience on-hand. In that regard Mitt Romney succeeded.

Third, the “liberal” media did, in fact, point this out. A simple Google search of, “Romney, NAACP, standing ovation” shows hits from ABC News, The Washington Post, The LA Times, The National Review, CNN , CBS News and more. And most of these are pages ahead of the same story on the Drudge Report. MSNBC ran four stories on it.

The bottom line to me is that I don’t take at face value anything any network tries to “inform” me with. No matter where I choose to get my news if anything seems of interest I make a mental note of it and immediately go search out my own background on the story. 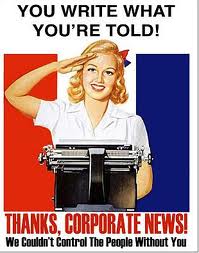