The recent comments by radio commentator Bill Bennett underscores a core problem with the fanatics on the conservative side of politics. The problem is that, faced with taking responsibility for a problem, they just don’t do it. There’s an excuse for everything. The extreme left has been guilty of this too. However, that doesn’t buy either side any wiggle room in trying to justify their actions. 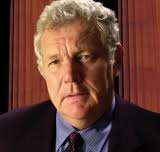 What Bill Bennett said was, “if you wanted to reduce crime — if that were your sole purpose, you could abort every black baby in this country, and your crime rate would go down.”

What he said before this or after this is not the point. Why? Because he didn’t preface this or follow it up by saying, “I do not believe this.” He said that he didn’t believe it would be right to take action towards this belief. However, that does not change his belief.

An argument can be made that Bennett’s comments may stand on firm statistical grounds which would be great if we were all a bunch of statistics and nothing else, and that assumes a lot of leeway in how these numbers were composed.

What this boils down to is that initially Bill Bennett made a comment he believes in, such as, “it’s true that the sky is blue.” Then, after people got bent out of shape over the comment, instead of saying, “Look, I said this and the facts speak for themselves” or saying, “I’m sorry. I didn’t mean to offend anyone” (both positions I could support) he instead took the weak path by saying, “I never said the sky was blue” when clearly, that’s exactly what he said.

This inability to accept responsibility for ones actions is the heart of the problem. It’s been far too long since a Harry Truman said something like, “The buck stops here” and meant it. Our current President only says it when he believes it will provide a positive effect for him. I felt Bill Clinton was the same way. The current administration is rife with this affliction. Nothing is ever their fault. It took a direct hit in Bush‘s approval ratings over Katrina for him to finally say that he takes responsibility for what happened at the government level.

To have nearly all conservative radio hosts support Bennett is just another example of how big a problem this is today. It’s not about responsibility. It’s about deflecting any hint of imperfection. Bill O’Reilly goes on TV and the radio and makes numerous comments that he later denies having said. O’Reilly is, was, and likely will remain a hypocrite. Bennett showed his bias in this area just recently on his own radio show. In the course of a matter of minutes he ridiculed and insulted Senator Ted Kennedy and then followed that up by saying he never criticizes liberals on his show. Is his memory that challenged that he couldn’t remember what he said just moments before?

Bill Bennett believes that, right or wrong, if you aborted all black babies the crime rate would go down. This is America. I support his right to say whatever he wants and to believe whatever he wants. You do not have to agree with Bill Bennett. You do not have to like what he had to say. It is in your best interest to support his right to say it.

What I do not support is changing your story to try to avoid the specter of a problem and then enlisting the aid of fanatics to support your lie.

I should also say that I believe that what Bill Bennett did was to show that he needs to go back to the drawing board with respect to common sense and compassion. If you believe that people with large noses aren’t as effective at loading crates than others, common sense and compassion would tell you that it’s not a good idea to tell a large-nosed applicant that you can’t hire him because large-nosed people are terrible at loading crates. Of course if you believe that large-nosed people aren’t good at loading crates, common sense has pretty much been an issue for you long before you started hiring crate loaders. Bill Bennett is certainly aware of the ramifications of such comments. Jimmy the Greek and Al Campanis were both fired immediately for similar comments. Rush Limbaugh was dropped from ESPN for his comments about Philadelphia Eagles quarterback Donovan McNabb. I don’t know anyone who actually listened to the full audio of the comment that didn’t immediately cringe at the comments. It is clear to anyone who listened objectively to the comments that Mr. Bennett was skating on extremely thin ice with the words he chose on this matter. He had ample room to make the comments and leave them in the realm of ambiguity. Instead he marshaled on, full steam ahead, and solidified his comments with undeniable phrasing of support using terms like, “It’s true.”

The bottom line is that Bill Bennett showed a lack of common sense and compassion in his comments that borders on incredulity. For someone with his life experience to fail so miserably at this is just shocking. Bill Bennett should have known better. He should apologize for these comments sooner rather than later. At the very least, if he believes what he said, then he should stand behind what he said. To deny that he ever said it is insulting to the rest of us who know better.