Back in high school I realized that nearly every male adult I knew was playing golf at every opportunity, and that it was one hugely expensive sport. When a friend and fellow classmate, John Clark, mentioned joining the golf team my freshman year, my first thought was, “The GOLF team?” That’s when the previous thought hit me. If I gave it a shot I’d get to play golf for free every day. In fact, once I did join we found out that we could show up almost anywhere, even on weekends, and claim to be there for the high school to get in a free round. We managed to play on some of the best courses in the state — public or private — for just the cost of gas to get there.

It was then that I met a fellow schoolmate by the name of Doug Beechler. I realized almost at once that Doug wasn’t like the rest of the team. One trip to the first tee was all you needed to understand. He’d hit drives that were just pure magic. These were the kind of flawless drives that start out low and then cruise effortlessly on an upward arc into the air before landing 300 yards away in the dead-center of the fairway.

While the rest of us practiced at the high school before heading to the course, Doug was nowhere to be seen. He didn’t need that sort of practice. He’d be off to a course somewhere and we’d see him mainly at the start of our next match at the first tee. Doug was, without question, the team’s #1 golfer (of six starters).

How good was Doug’s game? Well I knew it was good due to my first-hand experience with him. Every so often he and the #2 guy, Jeff Hesley, would play the younger guys head-to-head. To even out things a bit Doug would play the entire nine holes (high school golfers mainly play only nine) with just his 9-iron. That included putting with it. We never stood a chance. He’d hit 200 yard drives with that thing, sink 10′ putts and almost never end up in any trouble.

I then found out that in all his matches for the school Doug was undefeated. My recollection is that each year we played something like 15 matches against various schools, so that’s quite an achievement. I believe he went all four years without a loss. I’d love to hear from Doug if this was accurate, but he doesn’t seem to be on Facebook to ask.

I then really found out just how magical his game was. We decided to go over to Pitman Country Club (a course I am forever fond of because it’s home to my one and only hole-in-one) for a new challenge. At the time Pitman had a scorecard that had an illustration on the back of it. The illustration was a copy of an original Ripley’s Believe It or Not! panel. Those were pretty famous for many decades and included unbelievable or bizarre facts from around the world. On it was this fact: “Believe it or not, in 1976, Doug Beechler, a thirteen year-old boy, shot a record 13-under par 58 at Pitman Country Club.” The club itself notes the date as July 6th, 1976.

This feat also put Doug into the Guinness Book of World Records. That was noteworthy on several levels. He shot a brain-numbing 10-under par 25 on the back nine with all birdies and one eagle, and he did it all with a major headache that caused him to want to quit after the front nine. In fact, he called his mother to come and pick him up. She arrived in time to see him birdie the 10th and told him to keep going.

Obviously those of us on the golf team were all pretty proud of Doug. We were all certain he’d go on to join the pro tour and wipe the fairway with the competition. Sadly, it wasn’t to be. Doug used to talk a lot about Jack Nicklaus and, in his first event, if my memory serves, he was paired up with his legendary hero at an event at Whitemarsh County Club. Doug, as so often happens with many of us, was stressed by the pressuresd and played poorly. It was the last time I recall seeing him in a pro event and later I heard he went to Florida to become a teaching pro.

Over the years I’ve mentioned this story and rarely does anyone believe any of it. I often wondered what became of him and would look for his name online, or that of his sister Tracy, who we also went to school with. I always came up empty. Then, just last night, while looking for other friends, I tripped over a story in a South Jersey Life column on nj.com. The story is from 2006 and mentions a wunderkind child by the name of A.J. Beechler with the hint that he may just be the next Tiger Woods. Down at the bottom of the story it mentions that A.J.’s dad is none other than Doug Beechler and it points out Doug’s incredible story.

It’s great to see things going well for them, and here’s hoping A.J. benefits from all his dad’s great talent and ability. Doug, I also want to thank you for the great memories. I only wish I got to play with you for a longer period of time. 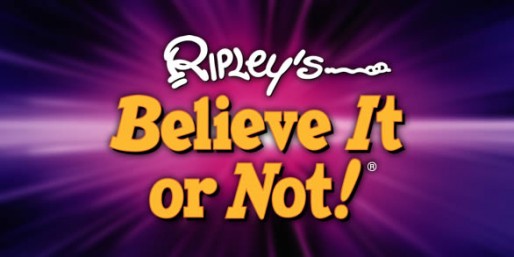