Starting earlier in the week I had an odd sensation that was a bit disconcerting but not overly concerning. You know the feeling you get when you need to pee? I started noticing that I felt this way even when I actually didn’t need to go. It wasn’t that I couldn’t go. There just wasn’t anything there and yet the feeling kept suggesting I needed to. Then on Thursday the problem entirely disappeared. 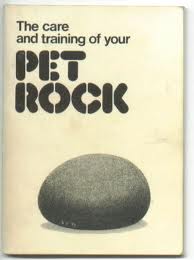 I assumed maybe I had some sort of infection or maybe age was enlarging my prostate. I decided to keep an eye on things but not go overboard. Then, while out and about, I noticed the pressure return but this time it seemed more urgent. Still nothing really in the bladder. The pressure continued. I started having trouble focusing. All I could think about was relief. I then went home and laid in bed thinking that previously a prone position seemed to work. It didn’t. Suddenly it felt like some Greek god reached into my abdomen—on the left side—and grabbed hold of some things not meant to be fondled and began squeezing them as some sort of muscular exercise. I then started to walk around when suddenly I found I couldn’t manage to stand on my own and felt like my legs would go out from under me.

Time to head to the hospital. The pain was excruciating. I starting thinking about an appendix. My pain was on the left side. What’s there? I’m pretty sure the appendix is on the right side. Liver? Not sure. Kidney’s are on the left side and the right. Maybe that. Then the back pain started. Why back pain?

I got to the hospital and, of course, nearly all the pain subsided. Over the course of the next several hours in the emergency room the pain would hint at returning but never fully did. They ran blood tests, took some urine (it didn’t look right to me as it was a bit darker than usual), took a CT scan of my abdomen and generally kept me waiting forever it seemed.

The first results suggested a kidney stone. I had blood in my urine. Typical sign. Then the CT scan revealed it for sure. I definitely have a kidney stone in the midst of making a rather slow exit.

The big question now is why? Is it hereditary? My father never mentioned having one. My mother never had one. I vaguely recall someone in the family dealing with it. More concerning is that we do have gout in the family and that involves uric acid building up deposits of calcium in the blood. Added to this I recently switched—on a dime—to a vegetarian diet. I’ve lost 20 pounds and 2 inches off my waist and feel great but noticed my gout symptoms starting to ever-so-slightly rear up. It was then I realized I’d been heavily ramping up my intake of foods loaded with purines (the base materials that get converted to calcium in the blood).

Was my new-found, seemily-successful diet responsible for this new pet rock or was it hereditary? I’m not sure. I just know I’m committed to this diet so if it’s my new menu then so be it.

The funniest part of the whole thing is at the end they give you a big bottle and a filter to pee into in some sort of bizarre game to catch the stone on its way out. No thanks. I don’t need to get that close.