In an interview with a local news outlet Vice Presidential hopeful and current Congressman Paul Ryan was asked about Congressman Todd Akin‘s comments and his own views on the matter. The reported asked, “Specifically where you stand when it comes to rape, and when it comes to the issue of should it be legal for a woman to be able to get an abortion if she’s raped?”

He responded with a fairly odd answer by stating, “I’m very proud of my pro-life record, and I’ve always adopted the idea that, the position that the method of conception doesn’t change the definition of life.” 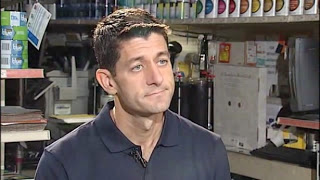 In other words, it’s absolutely clear that he agrees with the view that abortion, in all cases, should be illegal. So now the issue becomes how one of how much his views really matter. Obviously, as he stated in the next breath, the President sets the agenda.

However, my main issue with this is that, if his words are to be taken at face value, then this is yet another case of a viewpoint I think is worth some real analysis. The key word in that quote is, “method”.

What’s the definition of method?

1. A particular procedure for accomplishing or approaching something, esp. a systematic or established one.
2. Orderliness of thought or behavior; systematic planning or action: “combination of knowledge and method”.

Does rape fit the first definition of method? Well, sure it does but only if the thing you’re looking to accomplish is the sexual act itself. The same goes for the second definition.

For this to fit Paul Ryan’s perspective then the rapist would have to be planning to impregnate the victim and I’m fairly certain that’s not the goal of most rapists. They’re not upset that they don’t have enough children. It also then ignores the cases where rapists willingly attack those who cannot get pregnant—the elderly, men, small children.

Again, intercourse is a method for conceiving. Rape is a method for something entirely different. Yes, they’re related, but to ignore the path that connects them is extremely concerning. At least it is to me.

There’s one other part of this that concerns me. This comment is dangerously close to suggesting that, in all cases, the end justify the means. As I said, this devalues the legitimacy of rape (which takes us right back to Todd Akin) but it also suggests that he’d feel this way about everything else. Where do you draw the line? Of course that’s always been the issue but I’m just not one to believe that the end justifies how you got there.