Currently, there is no bigger risk than trying to enter the Multiplayer Online Battle Arena (MOBA) space, yet Epic Games are still forging forward with Paragon. Big leaders League of Legends, Dota 2, Smite and Heroes of the Storm make any attempt to fit into the genre a difficult task. As evidenced by failures in the past with Heroes of Newerth and Dawngate from Electronic Arts, it is not enough to simply make a competent game. You have to put in the effort, day in and day out, over a significantly long period of time. You have to foster a community and listen to every word of feedback to continually keep that community happy. More than anything these days, the game has to be unique enough so that it doesn’t fall into obscurity.

Paragon has recently been released into early access, and I’ve managed to spend a good chunk of time learning the mechanics and how things shake out. As someone who’s spent an absurd amount of time playing MOBAs, I always find it interesting when a developer dares to enter the genre. Paragon has some great ideas, but there is a lot of work to do if it wants to hold a candle to the other MOBA giants.

The big twist for Paragon is that it’s fully in third-person mode. While traditional MOBAs have a bird’s-eye view of the action, Paragon has you right in the thick of it. The main problem here is that Smite has already pulled this off and has done so for years, even beating Paragon to the punch as far as getting to the console space. Paragon has the edge with the sense of verticality and true use of the 3D space. Characters can position themselves on higher ground for an advantage or hop up cliffs to get away from potential threats. 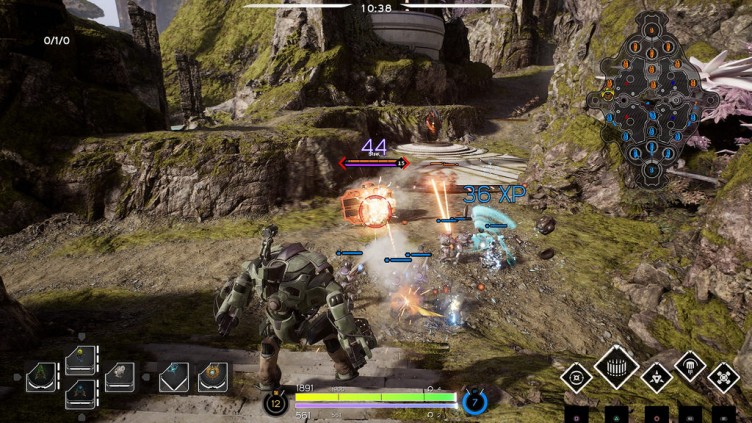 The first time this verticality really struck a chord with me was when I played as Howitzer, a little furry creature who controls a powerful mech suit. He has an ability where you can set off a land mine that knocks enemies into the air. I pulled off a combo where I launched someone into the air and then shot and connected a rocket midair to finish him off. It felt immeasurably satisfying. In League of Legends, that would’ve been just a simple skill shot. In Paragon, I had to physically aim in the air and time it correctly as if I was playing a first-person shooter.

In a similar vein, auto-attack-based heroes are far more difficult to play in Paragon than a traditional top-down MOBA. In Dota 2, you just right-click to attack and land some damage. In Paragon, you have to actually have good aim and predict where an enemy will be at the time of the attack. It’s an entirely different skill set and one that doesn’t easily translate. Smite did auto-attacking in a similar vein, but it was all on a 2D plane. Because Paragon utilizes the 3D space so well, this aspect feels far deeper mechanically. At the same time, these ranged assassins can feel frustrating to play because other heroes have more reliable damage that doesn’t hinge on high accuracy, but that’s more of a balance problem as of right now.

At its core, Paragon pulls off the moment-to-moment game play pretty well. Comboing abilities together, getting positional advantages and working together as a team plays great. Where it all falls apart is in the absurd card system. While most MOBAs use a simple shop system where you acquire items by spending gold gained from killing minions to become stronger, Paragon uses an elaborate card system. Before going into battle, you can assemble a deck of cards that have a myriad of stat bonuses and upgrades. In battle, you can use the card experience points gained to purchase these cards you put together in that deck. It feels incredibly unnecessary, and the only reason that this system is this way is so that it feels different from a traditional MOBA. 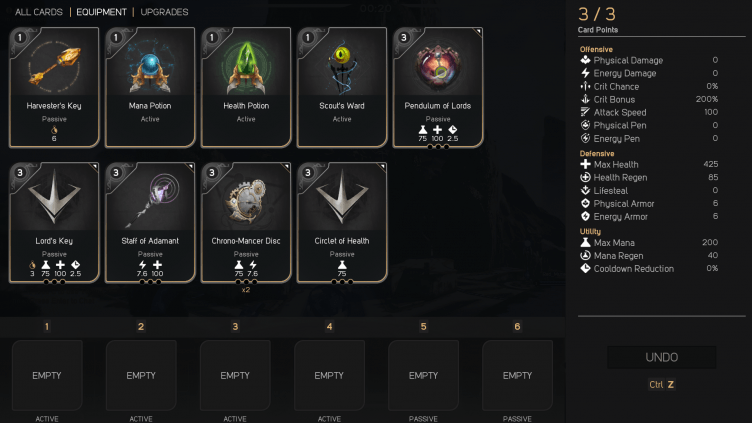 Even worse, the cards you can use in your deck are limited by even having those cards. You have to purchase card packs using in-game currency earned by playing. These packs aren’t cheap, either, and typically require about eight 40-minute-long games played in order to afford just a single five-card pack. This means that, if you’re starting out fresh in Paragon, you go up against players who have a wider berth of better and varied cards, which means that they have an inherent advantage over you. There is also a limit to the number of cards that you can put in your deck, so you have to choose wisely before heading into battle. This is a problem, however, in that you can’t strategically customize your character against the enemy team’s composition in game unless you luckily have the right cards in your deck beforehand. To add insult to injury, there is even a limit to deck slots, meaning that you aren’t able to create a unique deck for each hero in the game unless you  pony up some cash or sink a large amount of in-game currency — that could otherwise be used to get a card pack — to buy a new deck slot.

While you currently can’t pay real money to purchase card packs, there’s still a distinct power advantage that veteran players have. That is a massive “no-no” in this genre. The worst thing that you can do as an emerging new MOBA game is present a situation where new players feel at a disadvantage. Why should they quit playing their favorite MOBA if this new one makes them feel like crap unless they play for a significant period of time? I’d love for this system to be gone entirely, but because all the heroes are made free to everyone, this is the only way for Epic to make money. Something needs to be done, though, because if it’s not changed for the better, I can’t see Paragon taking off. 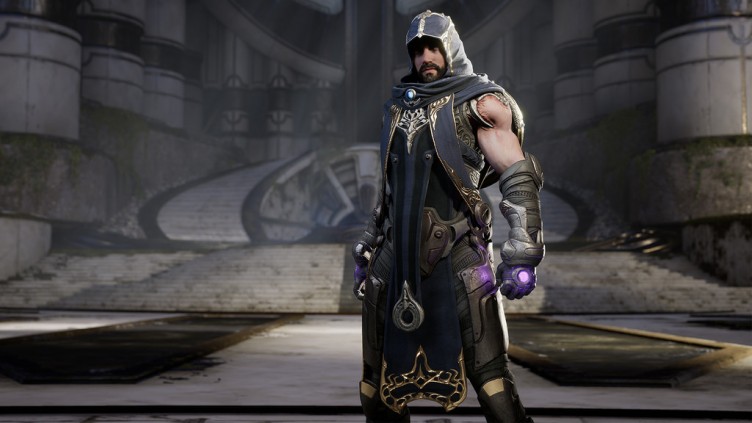 Paragon also suffers from a lack of identity. Its gorgeous graphical fidelity is the best in the genre — no doubt — but none of that matters if the heroes and the world are generic. Heroes of the Storm has its catalogue of Blizzard mascots, League of Legends and Dota 2 have their beautiful fantasy settings and Smite pulls from the ancient Greek mythos. I couldn’t tell you what type of world Paragon is going for. You’ve got your standard robot-looking dudes, some guys with guns and angel-type support heroes. It feels like a mash of futurism mixed with fantasy, but it comes off feeling soulless.

I could go on further about all of the large number of things implemented poorly in Paragon, like the terrible user interface, lack of heroes and restrictive information, but that wouldn’t be fair. We have a product labeled as an early-release alpha, and by god, it’s actually an alpha. What remains to be seen is how much Epic is going to listen to the community and focus on what needs to be done to get Paragon to a respectable place. The core of Paragon in its immersive and engaging 3D brawling is great; it’s just the surrounding bits that are terrible. Moving forward, a good hard look has to be made at the overly convoluted card system and overall feel of the world. None of the giant MOBAs ever started out with a fantastic game, so there’s plenty of time for Paragon to grow. It’s just a matter of Epic putting in the effort and time unless they’re just trying to cash in on the MOBA crowd and get out.

Paragon is available for Windows PC and PlayStation 4.