Attention Deficit Hyperactivity Disorder (ADHD) is one of the most common disorders identified in children. In fact, approximately 5.4 million children in the United States currently carry the diagnosis.

According to the Diagnostic and Statistical Manual of Mental Disorders — 5, there are three types of ADHD:

1. Predominantly Inattentive Type — This subtype characterizes the child who has difficulty sustaining attention, paying attention and organizing tasks. They make careless mistakes in schoolwork, do not seem to be listening when talked to directly and are easily distracted.

This is the child who constantly loses their schoolwork and forgets to hand in assignments, and their school locker looks like a war zone. In class, they are often observed staring out of the window or are easily led off-task by noises in the hallway. They are also easily bored by academic work. These behaviors are typically seen when the child is engaged in mundane or repetitive tasks — like math problems or reading a chapter in a history book — yet seem to have little trouble sitting and playing video games — a much more exciting task — for hours. 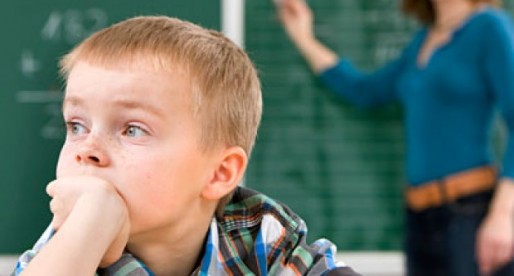 2. Predominantly Hyperactive-Impulsive Type — This subtype characterizes the child who displays hyperactive behaviors — such as always being “on the go” — talks excessively, fidgets or squirms in their seat and runs and climbs when it is inappropriate. They also display impulsive behaviors — such as interrupting others — have difficulty waiting their turns and blurt out answers usually before the question has been completed.

This is the child who seems to have a lot of energy and is always “on.” In school, they are very talkative to their peers during classtime and have a hard time staying in their seat and on-task. They may interrupt teachers and peers frequently. They rush through assignments. The lack of detailed attention may lead to poor performance both academically and socially.

3. Combined Type — This subtype characterizes children who display behaviors that fit both the inattentive and hyperactive-impulsive subtypes.

There are a number of myths related to ADHD. Let’s go over the facts.

Fact: Some studies do show a higher incidence of ADHD among single-parent families, lower socioeconomic status families and families living in a significantly disadvantaged neighborhood. However, most research believes that these factors exacerbate preexisting ADHD symptoms. ADHD is by and large a neurological disorder. Researchers have found significant differences in the structure and function of various areas of the brain when comparing ADHD and non-ADHD children. While the specifics are out of the scope of this article, differences have been found in overall brain volume, prefrontal cortex functioning and blood flow and neurotransmitter deficiencies.

Additionally, there is a genetic component to ADHD. Adoption and twin studies indicate a strong hereditary basis for ADHD. Children of parents with ADHD have a 50% chance of developing the disorder. In all, if one child has ADHD, there is up to a 35% chance that other immediate family members also meet criteria for a diagnosis.

Myth 2: There is no effective treatment for ADHD.

Fact: There are a number of treatment options for children with ADHD and their families:

Fact: Like all drugs, there is a risk of side effects when taking ADHD medications. The most common include decreased appetite and weight loss, sleep problems, headaches, jitteriness and social withdrawal. However, it is important to note that both the stimulant and non-stimulant medications used to treat ADHD are safe and effective. Stimulant drugs in particular have been around longer than most other types of medications. This drug class includes some of the most well-studied and most-prescribed medications available. In fact, there are no conclusive studies showing any long-term negative effects of ADHD medications on symptoms, health or functioning.

Myth 4: ADHD is usually associated with other learning and psychological disorders.

Fact: Actually, just the opposite is true. Children with ADHD who are not medicated are actually at a higher risk of using drugs and alcohol. One reason for this is that the children begin using substances because of their tendency to be impulsive and not think through their decisions. They may also use substances as a way of self-medicating and ineffectively coping with the concurrent symptoms of anxiety and depression.

It is unfortunate that many people hold on to inaccurate beliefs, such as that children and adults with ADHD are at a significant disadvantage when compared to their non-ADHD peers. In truth, with the right support system, whether that is individual therapy, family therapy or social skills training, individuals with ADHD are equally capable of achieving the same outcomes as everyone else. One of my favorite quotes related to ADHD comes from Dr. Ned Hallowell, a renowned ADHD expert. This is how he explains what ADHD is to his patients:

“I tell the child that he is lucky in that he has a race car for a brain, a Ferrari engine. I tell him he has the potential to grow into a champion. I tell him (assuming it is a he, but he could just as easily be a she) that with effort he can achieve greatness in his life, and then I tell him about the billionaires, CEOs, Pulitzer Prize winners and professional athletes with ADHD I’ve treated over the years. But I also tell him he does face one major problem. While he has a race car for a brain, he has bicycle brakes. I tell him I am a brake specialist…“

If you believe that you or your child may have ADHD, talk to your physician and/or mental health provider.