Today’s stunning Supreme Court decision upholding so-called “ObamaCare” reminded me of a point I’ve been wanting to write about for a few days involving the concept of “proof” of one’s opinions and how this is one of the biggest problems I find with my friends on the Right.

It reminded me of this because virtually all my conservative friends and family were 100% certain that ObamaCare was going to be eviscerated by the Supreme Court—if not in total then certainly in part.

Instead the court found entirely for the law giving President Obama a major election year victory. This result is, to be frank, nothing short of astounding.

You see, the big problem I’ve been focusing in on of late with the views of our conservative friends is in the balance between their beliefs and the concept of proof of one’s positions.

Time and again I’ve hard President Obama described by conservatives as arrogant, that he believes he’s smarter than everyone else in the room, that he hates to have to explain himself to others, etc. 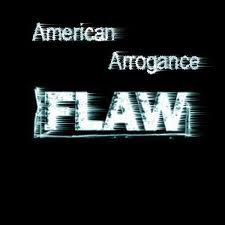 The part I find most vexing about this is that a conservative will tell you this and then, when you question them, they’ll respond as a family member did to me just recently by saying, “I’m a conservative. I’m going to align with the conservative agenda over the liberal agenda every time because I know it’s the right one and I don’t feel like I have to explain this to you every time it comes up.”

Um, am I only one one that finds blatant hypocrisy at play here? This from someone who worked in the upper levels of banking their entire life and, I’m quite certain, never gave anyone a mortgage based on their telling them they qualified or gave them a credit card based on their claim that they had good credit. Conservatives (like most of us) demand proof when their neck (or wallet) is on the line. At least they did until the entire housing crises blinded them to any semblance of fiscal sanity.

Just the other night on conservative radio I ran into this again. The local host was covering another Supreme Court verdict that essentially ruled that minors could not be sentenced to life in prison without the possibility of parole. The host was livid trying to conjure up every ridiculous anecdotal example they could think of: “What if a 17-year old blows up an entire mall?”

The key moment came when the host took a call from another conservative who pointed out that we claim to be a Christian nation and that if we are, indeed, a Christian nation then we either have to live up to those ideals or give up the claim. We either believe in the possibility of rehabilitation or we don’t. The host immediately jumped on the caller and started to ridicule the guy. He started insisting that the caller provide on-the-spot-proof of how such rehabilitation would be possible and referring to the caller sarcastically as “Genius.”

After the heated exchange, during which the caller remained calm and lucid at all turns, the host hung up on him in frustration and then went on to say that, “See? The guy has absolutely no proof of how rehabilitation works. I know it will never work.”

Did you catch that? The caller has to provide proof but the host just has a belief and, we must assume, believes he’s smarter than everyone else and shouldn’t need to explain his views to anyone else. For me, conservative outlets are responsible for this type of thinking. The rhetoric is such that it plays to this type of approach. It prays on the idea of “common sense” (which is often demonstrably wrong) and the fact that the other side is so misinformed that they’re simply idiots and not worthy of effort to make a point.

I see similar issues with liberals but the one thing I can say about liberals is that they tend to not just get flustered at being questioned about their beliefs. They’re usually more than willing to go over them, piece-by-piece and therein lies a key distinction for me. Proof trumps belief every time in my world. I’m held to that measurement in every day life more so today than ever before. Just look at the situation with regard to voting. Conservatives now demand proof of everything else today. Questioning the validity of this is ludicrous—except when it comes to their own beliefs.