This morning on the way into my office I was listening to Glenn Beck‘s radio show (I know, I can’t help myself in the same way I watch auto racing and feel excited when there’s a major wreck). He was talking about some guy from the Woodrow Wilson administration by the name of Colonel House. 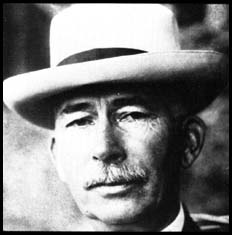 Beck was going on about how “progressives” openly hope for dictatorships and referenced House. To help drive home his point on how lousy a guy Colonel House was, he noted that House had written a novel entitled, Philip Drew: Administrator and that it was so lousy a novel that it’s actually free. Yep. You can go online and actually read this for free, because it’s so terrible.

Of course Beck doesn’t mention that quality has absolutely nothing to do with the fact that this book is free. The reason it’s free is it’s 98 years old. As of 2010 any book published before 1923 is in the public domain. Today the general rule is that a book published in the United States is covered by copyright for the life of the author plus 70 years. It can be more complicated than this but the point remains that all books published in the United States before 1923 are in the public domain today.

There are countless examples of wonderful literature that are free for anyone to access, read or reference. The works of Jules Verne, Charles Dickens, Mark Twain, Sir Arthur Conan Doyle, Robert Lewis Stevenson, Bram Stoker, L. Frank Baum, Lewis Carroll and many more, are all entirely free to the reading public. To apply Beck’s “logic” would be to suggest that The Wizard of Oz is a lousy story.

Why oh why do people of even basic sentient awareness pay any attention to this lunatic? Every one of his points that I’ve ever encountered include similar glaring problems just like this one. The most curious contradiction is that he’s on the radio, which everyone can listen to, for free.