Several bright friends of mine, all fanatical conservatives or libertarians, have been on the warpath about a number of moves by the current administration. Invariably, for them, it all comes down to the free market and how history shows—or so they say—that free markets always work when left entirely alone.

In their view there’s virtually no sector of the workforce that wouldn’t be better served by being a private industry with, perhaps, the exception of the military. 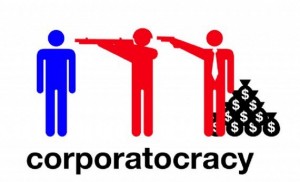 I’m not so sure about this perspective. I get it. It all sounds great on paper. Let various companies provide a product and the market (the buyers) will shape the path of those companies. Any bad choices they make will ultimately be discovered and those companies will lose out to more attentive companies driving the problem ones out of business.

The problem with this is two-fold:

First, what history tells us is that corporate America has an incredible ability to get together with their own competition to lobby for protections and to allow for collusion of all types. In the end we get a corporatocracy.

Second, in the markets where real damage can be done there’s often no repairing the problem for those affected while the market meanders toward awareness, then identification and ultimately correction. That process could take years or more.

Invariably these arguments arise when we hear about CEO’s being fired and yet walking away with a golden parachute that virtually none of the rest of us can even begin to fathom. Or they crop up when we hear the latest profit reports from companies that very much cross over into the area of direct influence over our lives.

Let’s be frank. I don’t know anyone that gives a damn what sweetheart deal the CEO of Rita’s water ice has or how much the head of Coke makes. These companies aren’t essential to our well-being. They represent the most pure form of conceptual free market companies. Provide a product or service that people desire and the free market will determine it’s value.

However, when the industries are those that do have a direct tie-in to our well-being the situation is extremely concerning to me. The news of record profits for oil companies, insurance companies, health care companies, pharmaceutical companies and so forth, create controversy not because some of us hate America or hate free markets. Some of us just feel that certain industries don’t fit the model well.

My rule is a simple one. If a company makes money from things that people must have and that can hurt them directly then I don’t believe the free market is the right place for that company. I don’t have anything against profits. I do have a problem with excessive profits where it hurts a wide swath of citizens just so a hundred executives at that company can own their own jets.

Our nation has enough trouble dealing with the oil issue without having to worry about our own oil companies adding to the problem. Oil, at this point in our history, is critical to our well-being. We have to get to work. We need to move our goods. Many of us need to heat our homes with it.

Those on the other side would argue that the free market will address all of that. As the price goes up we find alternative fuels. We stop moving out of cities, take more mass transit, move out of the northeast to warmer climates, etc. That’s all well and good but we’re talking massive shifts here that would take a century to realize. Meanwhile the people affected all suffer.

When discussing pharma, my friends will say that if you limit the profits then there’s no motivation to keep creating the wonder drugs. This is another argument that just doesn’t ring true. You’re telling me that no one out there would be motivated to cure cancer if they couldn’t get ridiculously rich in the process? These efforts employ hundreds of thousands of people. Most of them aren’t filthy-rich. They’re rather motivated to keep at it because the effort is a good one and it keeps food on the table and a roof over their heads. If you take away the guy at the top with the 18 homes and three jets none of the desire will go away.

I refuse to believe that the only good CEO’s are people who need to have such extravagant lifestyles especially when that lifestyle (and it extends far beyond just the one guy at the top) has to come right out of the well-being of the very market they serve. Costco‘s CEO Jim Sinegal makes $350,000 in salary. He certainly gets other perks worth much more than that but Costco is also known as a company that pays its people much better than its competition as a result of more balanced management. That’s great but how many people even know about this case? How many shop at Costco because of it? The point is that there are people out there qualified to run huge companies that don’t need obscene compensation to do so.

I don’t know how anyone can run a health insurance company and sleep at night knowing their employees are forced, every day, to tell hard-working people they aren’t going to get covered for something they need to live because, as in one recent case, they mistakenly paid a bill for a wrong amount short just a few cents. This happens because it’s their job to make as much money as possible for the shareholders and for themselves. It pits their own best interests against the well-being of those who make their interests possible.

Then again I guess having that kind of money can get you sheets and pillows the likes of which I can’t possibly conceive.