Many of us dream of growing up to be President of the United States one day and for nearly all of us that dream fades away over time as reality sets in just as we realize we’re also not very likely to be elected to the Hall of Fame as the greatest home run hitter of all-time. 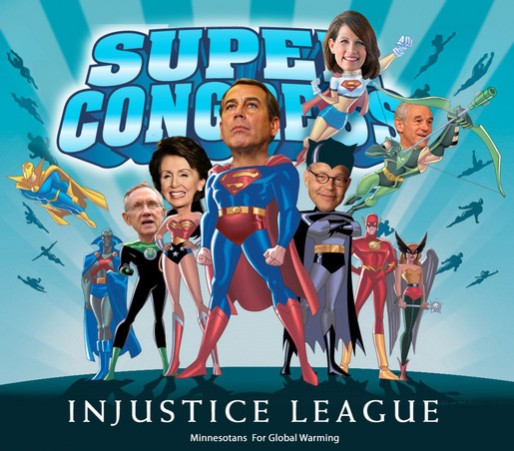 And while my dream of being President is now past I realize it’s all just a matter of semantics. You see, after yesterday I realize that apparently our Congress can simply just pass a bill declaring that I’m in charge and that will take care of everything. To hell with the Constitution. It kind of just gets in the way anyway. Forget spending all that money on a campaign. I just need to befriend a few hundred members of Congress and I’m on my way. Maybe they’re big Facebook fans and like all the photos I put up.

I’m saying this because I’m in complete shock that Congress feels it can create a so-called Super Congress to determine the future of our financial house. The idea behind our Congress is that all of us would be represented in the process and the outcome. Here that’s being by-passed in a way I haven’t seen before. A group of 12 will sit down, behind closed doors, and come up with a plan to dramatically alter our government. We’ll either have to accept what they come up with or swallow a pre-determined poison pill.

I think I’ve seen it all now with Congress. Of course I’ll be in total support of the move when they name me to run it all but if they name any of you instead then I’m entirely against it.