Today I caught a news story about how theaters are now doing everything they can to offset a down turn in ticket sales (it’s down 15% from where it was a decade ago).

The main reason listed is where I’m taking issue. The culprit, according to the story, is a combination of the explosion of HD TV’s and Netflix. 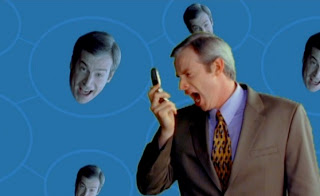 While I’m willing to admit that both of those things have had an impact I simply cannot believe that those are the two main factors involved. Frankly, it seems quite obvious to me that the two biggest factors today are the costs involved and the lack of respect. Everyone I know complains vehemently about both of these issues—especially today when the economy is in the mess it’s in. $40 for tickets for a family of four to see a film? Then you’re talking nearly that much again for some snacks.

Two people on a date can easily run up a $40 bill and what do they get for their trouble? How about a theater that clearly doesn’t give a damn about the actual viewing experience. On the minor side I’ve run into countless examples of totally out-of-focus screenings and screens that are in lousy shape. Then there are a number of theaters where the seats are a mess but, of course, the biggest issue is having to deal with the endless encroachment of cell phone abuse. There’s few bigger theater fans than me and I’m getting tired of the battle.

I have to believe that this was a bit of a balloon that’s been due to burst for quite a long time. If it has to mean that we lose a number of theaters to get there then so be it. Maybe then these companies will realize that they’re in a service industry and that taking care of the customer is a priority instead of just ignoring them or, worse, ignoring them while gouging them.