Representative Anthony Weiner must resign. While it’s true that he broke no civil laws that no longer is the issue. None of his initial story made any sense and that suggested that he thought of everyone who supported him as so below him that no one would figure any of this out. Now he’s admitted to all that he lied about it all. 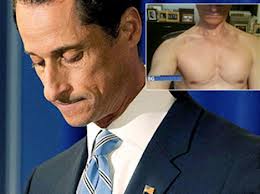 The fact of the matter is that Weiner is a politician and, as such, he represents the people. The people have a right to expect that those who wish to govern the rest of us are able to fully govern themselves. We don’t ask for perfection but we do expect not to be lied to time and again.

What’s even more concerning is that his admission in his press conference raised even more questions and pointed out further cases of indiscretion including those he deemed explicit.

Weiner has let down himself, his wife, his entirely family, his district and—probably more to the point—his fellow party members with whom this will not sit at all well. Weiner’s career is as a firebrand. He was best when taking the other side to task on their hypocrisies and now all of that is beyond his reach. He’s now, quite curiously, been reduced to eunuch status and it’s time for him to admit that continuing on simply isn’t feasible. He can no longer do what needed to be done in today’s politics and thus it’s time to go.