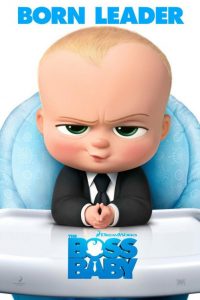 A curiously mature baby arrives at the Templeton home to the dismay of his older brother in The Boss Baby.

The latest film from DreamWorks Animation takes an inspired, adorable picture book story and turns it into a lackluster snoozer with no discernible audience. It starts with a plot that’s ridiculous even by animation standards. The idea is that babies come in two types: ticklish and too serious to be ticklish. The former head off to loving families and a normal life. The rest end up as employees of a major covert entity focused on keeping babies as the most beloved creatures on Earth. Its mission is suddenly imperiled when puppies threaten to take over the top spot. Boss Baby (Alec Baldwin) is sent to the Templetons’ home to gather critical intel from his parents (voiced by Jimmy Kimmel and Lisa Kudrow) who both work for a major puppy company.

Compounding the difficulty of Boss Baby’s assignment is his older brother Tim (Miles Christopher Bakshi). Tim was already against the idea of sharing his parents and grows more obstinate when he realizes that something isn’t quite right with his new baby brother.

Sure, it’s an original concept, but so is driving while blindfolded. Originality on its own doesn’t guarantee a good idea. As the story unfolds, its complexity is sure to lose its youngest viewers, while its inanity lost the adults ten minutes after the opening credits. The film’s one redeeming trait is its use of The Beatles’ “Blackbird” as a central part of its theme.

The final insult in this uninspired bore of a film is a closing act that’s strangely, awkwardly depressing. Congratulations, DreamWorks. You’ve created the perfect film to corner the suicidal stock broker market. 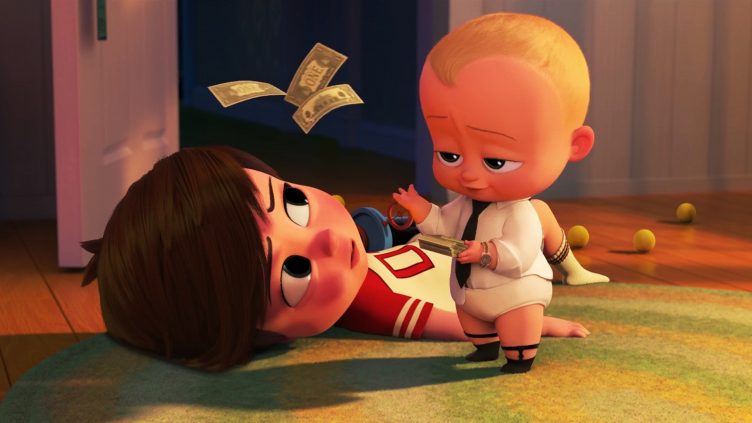