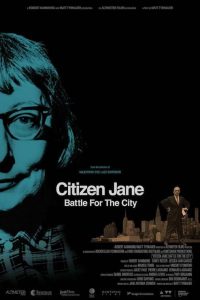 A dedicated journalist fights the misguided redevelopment of our biggest cities in Citizen Jane: Battle for the City.

It’s a title that conjures up images of a Marvel superhero, decked out in showy spandex and wielding ominous weaponry against a Godzilla-like foe out to level humanity. If only.

This repetitive, mildly curious documentary tells the story of Jane Jacobs and her unconventional, unexpected opposition to the largest land developer of the 1960s. Her research into the predominant urban renewal practices of the day lead to the highly-regarded book The Death and Life of Great American Cities. Its findings contradicted the so-called “common sense” approach to urban redevelopment that threatened to slowly erode the very heart of the cities that it aimed to restore.

The film explores the foundation for her beliefs and details her David and Goliath-like battle with New York’s powerful city planner Robert Moses. It’s a story that hints at a deep river of emotion, intrigue and corruption, but that tackles the material with the same urgency of a retired librarian approaching her Sunday paper with tea firmly in hand.

Once you grasp the main thrust of her position, there’s not much left to make you stick around. The bulk of the film’s remaining 70 minutes is comprised of little more than variations on the same theme.

One of Jane’s biggest criticisms of city planners was their insistence of using a top-down approach in how they viewed city life. She argued endlessly for the value of a bottom-up viewpoint. That’s a mantra that the filmmakers would have been wise to absorb. Instead of getting truly inside the battle, we feel as if we’re flying over it all from miles overhead. 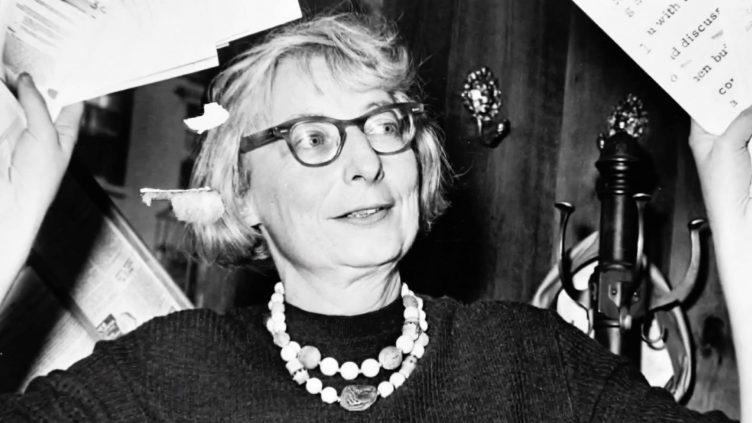