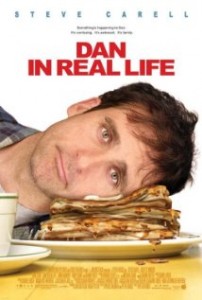 This is a movie I’ve been worried about for some time. We saw the previews for it ages ago and then the movie seemed to miss one release date after another. I also happened to catch a totally different preview with my wife than the one I’d seen a dozen times with my friend. The two made the movie appear to be about entirely different stories.

This movie isn’t terrible. It’s just not noteworthy. The previews are pretty much exhausted in the first 15 minutes and a couple scenes from the previews aren’t even in the final movie. There are also a couple roles poorly cast. Most notably the roles of the ill-fated brother and pig-face. They just didn’t work for me. On a plus side, Diane Wiest needs to get into more movies. After this many of you will wish she was your mother. Carell does a decent job but it’s almost a snore from his perspective. The real shining light of the movie is Juliette Binoche. This woman gets better looking to me the older she gets. She’s 43 and looks great. However, due to the poor casting of the brother, she looks totally wrong for him and you spend most of the movie just wishing they’d cut to the chase and kill off the brother in some quick plot point accident.

In the end you have a feel-good movie that doesn’t make you feel all that good. It’s a comedy with few real laughs and a drama that doesn’t have much drama. I don’t want my money back but please don’t give us Part 2.