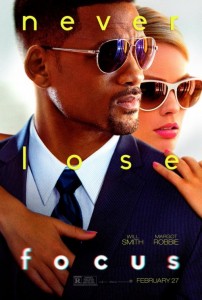 A team of highly-skilled grifters takes on a new member in Focus.

Expert con artists ply their trade in a myriad of ways with more than a few relying heavily on misdirection and sleight of hand. In many ways, they are misguided magicians of the street. Nicky (Will Smith) is one of the best. He’s a wily-eyed wolf in a world of unsuspecting sheep. So polished are his skills that an amateur, trying to fleece the wolf, doesn’t even realize that Nicky’s orchestrating the entire thing just to see if the novice has any real chops. Jess (Margo Robbie) does finally catch on and, impressed, begs Nicky to take her under his wing.

Nicky is mesmerized by the beautiful Jess, and against his own instincts, he agrees to show her the ropes. Almost immediately, the chemistry gets in the way, and the two go their separate ways. A few years later, Nicky is working the biggest con of his life when Jess literally walks into the picture. Every exhausting element of his plan is suddenly cast in doubt as he struggles to work out her presence and his feelings. 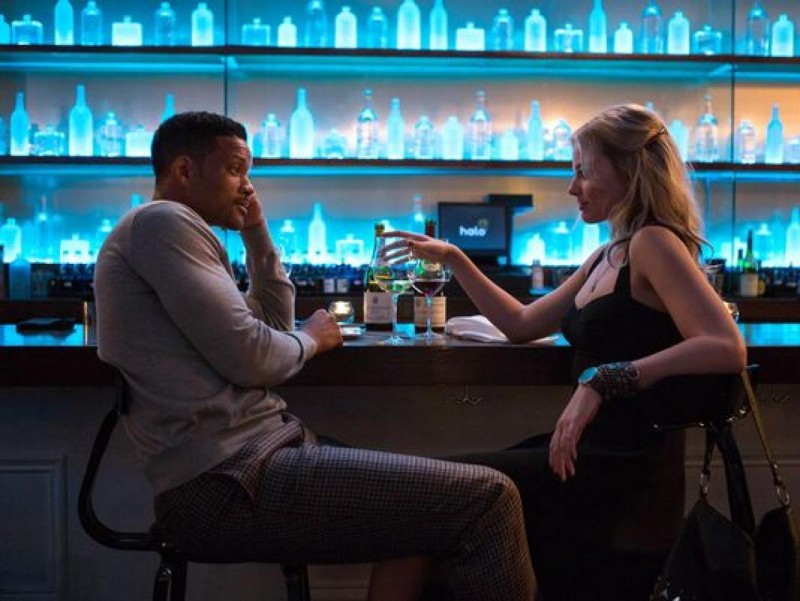 It’s impossible to see a con artist thriller without thinking of the master of the genre, 1973’s The Sting. There’s also a close runner-up in the darker 1990 film The Grifters. Both films build great characters around a strong plot that doesn’t treat the audience like so many of the marks up on the screen. This is not one of those films. The characters don’t hold true to their backgrounds, and the action employs one cheap parlor trick after another. It’s all done to keep the audience guessing for no good reason whatsoever. Time and again, we’re led down one path, only to find that we’ve been tricked again. It’s every bit as enjoyable as having someone pull the same joke on you over and over again.

Smith’s character suffers the most. We’re never sure if he’s in control or totally out of control. Robbie essentially just has to walk around looking good. Obviously, she does that, but it could have been so much better if only she had something useful to do. As one of the team, Adrian Martinez has some funny moments. The look is also a positive, but that’s hardly enough to keep our interest up.

The curiosity of the film is that it clearly doesn’t trust its audience enough with the plot, but it does trust us enough with the casting. This is only the second film that I can think of that romantically couples a black male lead with a willing white female lead. The last one that comes to mind is 1967’s Guess Who’s Coming to Dinner. Such a watershed event deserves a better vehicle. This film is one vision that’s awfully fuzzy and wholly uninteresting.