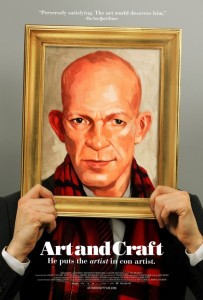 The curious case of a master forger and the complicated effort to end his deception is the focus of the documentary Art and Craft.

For decades, an incredibly talented forger named Mark Landis managed to fool the very best curators at top museums all around the United States, and no one seemed to care. Sporting a frail appearance, quirky mannerisms and eccentric demeanor, Landis blended seamlessly into the upper echelon of the art world. The curators whom he approached perceived Landis as another in a long list of well-meaning but woefully uninformed benefactors offering the museums works whose true value he simply didn’t understand. Of course, they had little motivation to fill in the blanks. In the end, their own greed blinded them from the true story behind Landis and his priceless treasure trove of paintings and drawings.

Landis’s story may have never come to light if not for the determination of Matthew Leininger, the registrar at the Oklahoma City Museum of Art. Leininger had begun to question both the man and his works. Forensic examination revealed the paintings to be fakes. Scrutiny of Landis himself painted a picture every bit as dubious as the works he represented. Armed with irrefutable evidence, Leininger set out to finally put an end to the charade, only to find himself confronted with a community that had no interest in exposing their own culpability. Far from the praise Leininger expected to receive, he was instead shocked to become the most expendable solution to an embarrassing problem. 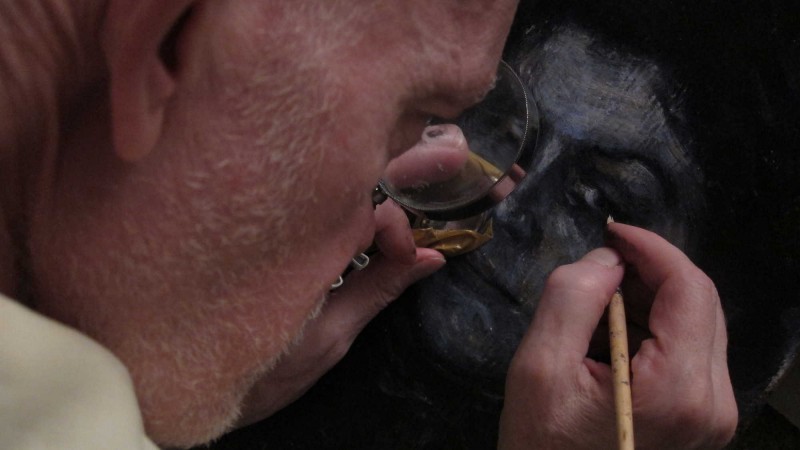 The documentary tells a twisted David and Goliath tale where the giant is an unassuming artistic savant and David is the steadfast do-gooder determined to bring him down. The film introduces us to the two key players, taking us inside their homes and, to a lesser extent, their minds. What emerges is a story that’s very different from what you might expect. Like his paintings, Landis isn’t quite what he seems. What initially appears to be nothing more than a complete disregard for his actions — a willful intent to continue — quickly shows all of the signs of a man with a severe mental incapacity. Does he really comprehend the depth of what he’s been doing all of these years?

As the clear hero at the outset of the film, Leininger begins to morph into its antagonist as a man obsessed to the point of risking his own well-being. His continued efforts against a clearly ill opponent only draw more sympathy for Landis. We end up unsure of who the real victim is.

Where the film lets us down is in the finer details. We never get a true picture of Landis’s early years. Instead, the film dances around the periphery, giving us only glimpses of the real dysfunction underneath it all. Essential context could have been provided by simply interviewing a psychiatrist. We’re also left to guess at how Landis manages to support himself. The film hints at his parents having some money, but to what degree? We never find out.

Initially fascinating and at times hard to watch, it’s a film that too often paints by the numbers, skipping a few along the way.