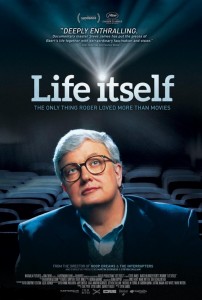 The life of the world’s most renowned film critic is examined, dissected and celebrated in the documentary Life Itself.

Roger Ebert was a legendary film critic and life commentator. He was a wordsmith extraordinaire who could turn a phrase with the precision and agility of a Grand Prix race car driver negotiating a sharp curve. That wit and wisdom would earn him the Pulitzer in 1975 — the first film critic to ever be so honored and the last for nearly three more decades.

He co-created an iconic gesture — “Two thumbs up” — that not only dominated the industry but transcended it, becoming a well-known part of our everyday lexicon. He and his totemic partner Gene Siskel re-created the industry in their own image, taking it from the lesser back pages of the local paper and delivering it weekly via television in full, often antagonistic, but always entertaining, living color.

Ebert penned his memoir of the same name in 2011, just two years before he finally succumbed to the cancer that took his speaking voice in 2002. Soon after its release, he linked up with Hoop Dreams director Steve James to transform the written account into the medium he so beloved. 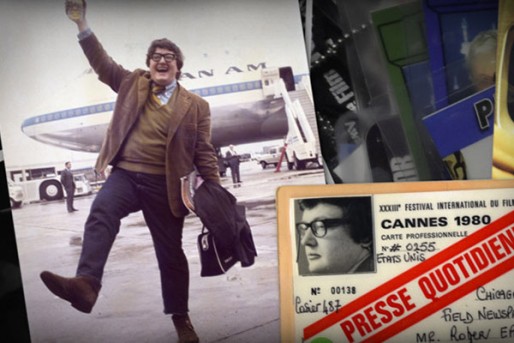 James takes us back to the beginning to give us a truly personal look into nearly every major facet of Ebert’s life. Much to my surprise — to the credit of both James and Ebert — we feel like we’re getting a complete sense of Ebert’s life, unseemly warts and all. Some of the story is told in Ebert’s own voice, recorded before it was lost. Additional narration comes via a voice actor who, thankfully, has many of the same nuances of Ebert’s own dialect. Much of the rest of the story is presented honestly and lovingly through his wife and soulmate Chaz Ebert. It’s filled with priceless file footage and riveting interviews with those who knew him best.

Younger viewers today have little concept of the influence that Siskel and Ebert’s Sneak Previews and At the Movies commanded during their heyday. “Two thumbs up” was a mark of excellence that could make or break a film studio, yet its two creators genuinely disliked one another — at least initially. That animosity bled through to the viewer, making for some wonderfully energized exchanges. Many of us tuned into their show, even when we didn’t care about the films that week, just to watch them go at it. This documentary gives us a full understanding and appreciation for the storied partnership and its power over the rest of us. It also explains how this sometimes irascible, opinionated perfectionist managed to touch so many lives (including this reviewer).

Perhaps, as a reviewer, I’m biased in my perception of the quality of this film. Frankly, I don’t care. It’s a classic American success story filled with wonder, truth and hope. The most gracious way to sum up the film is to give it one very enthusiastic thumb up.