A cunning widow moves in with her relatives while hatching a plot to find suitable husbands for both herself and her timid young daughter in Love & Friendship.

Lady Susan Vernon (Kate Beckinsale) is as resourceful a woman as the late 18th Century allows. She and her equally crafty best friend Alicia Johnson (Chloë Sevigny) have spent a lifetime carefully ascending to the highest steps of the social ladder. The determined widow refuses to be dislodged from her perch simply due to the inconvenient death of her husband. Unfortunately, her initial plans for post-partnership prosperity have fed the local gossip-hungry socialites with more tidbits than is safe. She heads off to her brother-in-law’s remote estate to escape the murmurs and to hopefully continue her meticulous scheming with minimal interference.

Her oblivious brother-in-law Charles Vernon (Justin Edwards) sees only the responsibility of helping to care for his brother’s family. He welcomes Lady Susan and her daughter Frederica (Morfydd Clark) to stay for as long as they desire. Charles’s young wife Catherine DeCourcy Vernon (Emma Greenwell) isn’t quite so welcoming. She’s been privy to some of the whispers and wants no part of it. This leaves Lady Susan on a road full of obstacles, but no one’s more suited or determined to clear the path than the wily Widow Vernon.

This massaged update of Jane Austen‘s novel Lady Susan comes from writer/director Whit Stillman, who gave us the highly-regarded 1994 film Barcelona but virtually nothing of consequence in the intervening 22 years. His latest effort is the kind of film that will delight a very specific segment of the film industry, but likely bore the masses. It’s a beautifully crafted film with solid performances, but it often feels like an ornate beer stein filled with plain old Budweiser.

Don’t allow for distraction in the opening act, or you may find yourself at a loss to keep the characters straight. Stillman serves them up with the speed of a restaurant desperate to close down the kitchen for the night. It’s also a dialogue-heavy story in the same sense as describing a dictionary as a word-heavy book. Much of it is interesting, but just as much feels extraneous.

The women of the film provide its heart and soul. Beckinsale, Sevigny and Greenwell all deliver noteworthy, natural performances. Beckinsale’s first role was in the 1993 period piece Much Ado About Nothing. She proves that Hollywood erred in not casting her in more such vehicles during her otherwise lackluster career.

My fault with the film is that it’s another so-called comedy with few laughs and very dry dialogue. It also tied up its final loose ends as quickly, efficiently and plainly as sealing a Velcro strap. It does have its moments, and it only gets better as it goes along, but there’s a reason this story wasn’t published until six decades after Austen’s own lifetime. It’s just not one of her better stories. 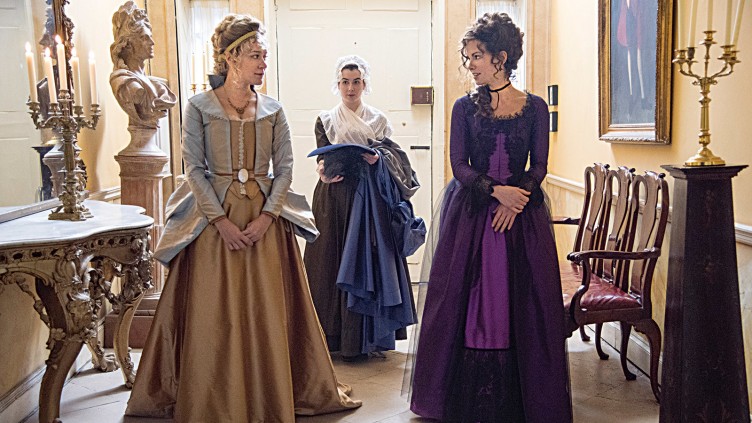