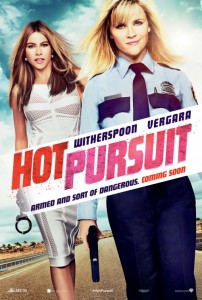 A green but loyal officer finally gets her big chance to make an impression in the lukewarm comedy Hot Pursuit.

This vapid farce of a film directed by Anne Fletcher continues her unblemished string of entirely forgettable films (The Guilt Trip, The Proposal and 27 Dresses). The story starts off with a nice enough concept. Cooper (played as an adult by Reese Witherspoon) was practically raised in the backseat of her father’s patrol car. Her entire worldview is centered on becoming the best officer whom she could possibly be. The ride from there takes an overly long detour through pothole-laden plot contrivances and inane dialogue that would make anyone head for this highway’s next exit.

Once grown, Cooper is relegated to working as a glorified secretary in the police department evidence room. She finally gets her big opportunity when she’s tasked with her first real assignment — to look after the wife of a major witness against the area’s biggest drug kingpin. The two women couldn’t be more different. Cooper is the princess of plain. Daniella Riva (Sofia Vergara) is just a princess, complete with her own opulent tiara. She’s used to the very good life and has no intention of having it waylaid by something as trivial as a drug trial.

The two quickly find themselves on the run, unwillingly forced to rely on each other to make it through their unoriginal ordeal. Insert several stock car chases, redundant standoffs and a host of incredibly lucky coincidences. That’s the film. 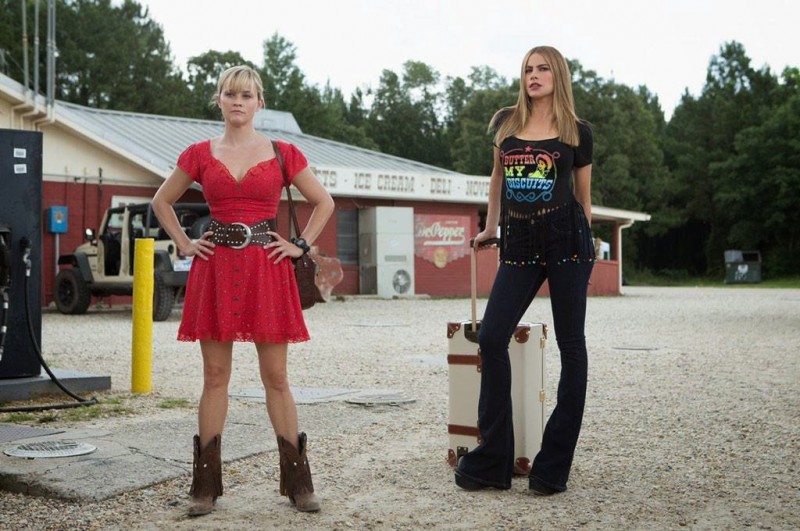 Vergara has played out this same character in just about every role. It’s time to move on. Why Witherspoon is here is a complete mystery. It’s like opening a Happy Meal and finding a 10-carat diamond ring at the bottom. Nothing will convince you that it’s the real deal. Unfortunately, in this case it is, and it severely tarnishes her previously brilliant luster.

There are moments. Every now and then, one of the characters manages to pull off a short reprieve from the mundane. It just never manages to last. The plot often makes very little sense and continually glosses over extremely obvious questions (like what ever happened to Cooper’s dad). The jokes are cheap, usually unrelated to anything else going on and entirely too infrequent. In fact, the funniest part of the film is during the outtakes that run over the final credits.

This is a film that’s short on the hot and unworthy of pursuit.