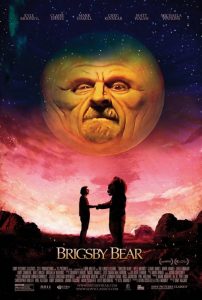 A socially crippled misfit struggles to fit into a world that he knows little about in Brigsby Bear.

James (Kyle Mooney) grows up in an eccentric family who keeps him isolated from the rest of the world. His only passion is watching a campy children’s TV show about a space-faring bear named Brigsby. When James finally ventures out on his own, he finds a world as ill-equipped to understand him as he is to understand it. James copes by focusing on the only point of reference that he knows — his beloved TV superhero bear.

This is the first feature-length film for director Dave McCary and writers Mooney and Kevin Costello, and it shows. Their limited backgrounds in farcical comedies prove a major distraction for the meatier dramatic needs of this story. The writers repeatedly fail to recognize when to play it straight. The result is a comedy with limited laughs and a drama with little, if any, authenticity.

Nearly every character whom James meets treats him as if they’ve been drugged by some sort of happy pill, oblivious to his off-putting, highly-disturbing demeanor. In real life, no one would give this guy the time of day, let alone welcome him openly into their lives. There is one notable exception. Ryan Simpkins delivers a quiet, flawless performance as James’s estranged sister Aubrey. Her timely, nuanced reactions — coupled with a few touching moments — give the film an unmistakable undercurrent of perpetual cuteness. It’s just not enough.

This quirky fish-out-of-water story takes a fascinating concept and needlessly squanders it. The final result is a film that’s as compromised as its leading character. 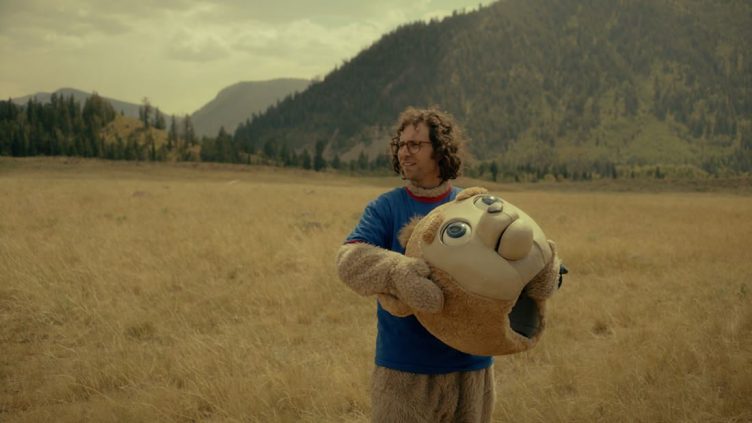