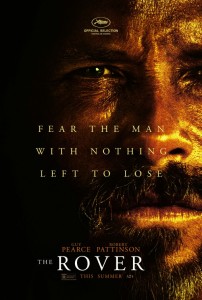 An eerily detached loner with a singularly obsessive focus chases after the men who ran off with his car in The Rover.

In a dystopian Australia, after a devastating economic upheaval, everyone’s left to fend for themselves for their own daily survival. The collapse turns most of the sparse populace into desperate opportunists or outright bandits.

Eric (Guy Pearce), a mysterious drifter, finds his way to a desolate outpost seemingly looking for supplies. Meanwhile, three outlaws fresh from a bloody heist find themselves stranded at the same outpost in need of a getaway vehicle. They steal Eric’s car and race off into the dusty distance.

Eric rushes out to see their general direction and heads off after them, determined to get his personal property back. 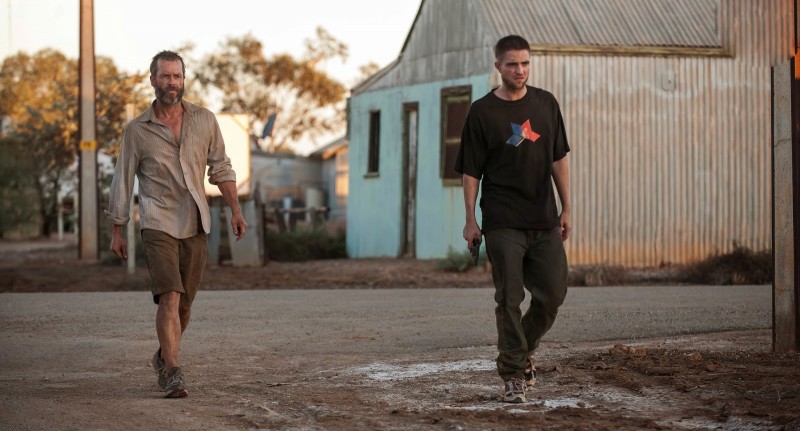 This curious current-day Western comes from Australian writer/director David Michôd, who also wrote and directed the superbly unsettling Animal Kingdom. Michôd has a penchant for characters who seem to have no moral compass. Instead, they rely on a raw, unchecked instinct that knows no bounds.

Nearly every character follows that blueprint. Eric and the outlaws seem oblivious to any emotion without rage as its genesis. The only major exception is Rey (Robert Pattinson), a relative of one of the outlaws whom Eric encounters along the way. However, Rey appears to be mentally challenged in a manner that imbues him with a childlike innocence.

The film intentionally casts Eric as an enigmatic puzzle. We’re not at all sure for most of the film what drives Eric or even if he’s sane. We just know that he’s a man on a mission and that nothing is going to keep him from achieving it. The harshness of the barren Australian landscape only adds to the tension. We can feel the intensity as readily as if the desert bramble found its way into our own shoes, continually tearing at our sensitive skin. The heat of the sun also manages to reach out beyond the screen, compelling the viewer to check their own beverage supply.

The plot is an unintentional casualty of the searing scenery. It moves along as if mired in heavy sand, exacerbated by a litany of unavoidable plot holes. Squeamish viewers should know that there’s a plethora of graphic violence, although it does fit the story. The most disappointing moment comes with the film’s big reveal. We are denied the source of Eric’s torment through the entire film, only to be handed the weakest possible answer. Unfortunately, the oasis is nothing more than a bone-dry mirage.