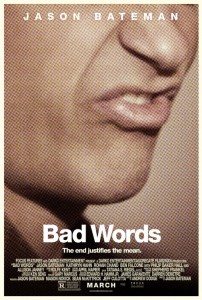 A 40-year-old wordsmith enters a national spelling bee by exploiting a loophole in its rules in Bad Words.

Guy Trilby (Jason Bateman), an editor with savant-like memory, decides to enroll in the latest Golden Quill spelling bee. Of course, it’s a contest meant for eighth graders, and Guy’s nearly three decades older than the other competitors. His entire case comes down to an ambiguous rule that doesn’t clearly disqualify him, much to the consternation of its apoplectic director (Allison Janney). It falls on her to explain the oversight to the throng of understandably dismayed parents. Why he wants to destroy the dreams of so many kids and the reputation of a highly respected organization is anyone’s guess. To all outward appearances, Guy’s simply a jerk. He takes pride in demeaning everyone around him and in leveraging every opening presented, no matter how uncouth it might seem. Incensed parents unwittingly add fuel to the growing fire. Innocent children are little more than obstacles to be dispatched in any manner that works. He’s impervious to the onslaught of criticism and, in fact, appears to revel in it.

Along for the ride is a curious journalist (Kathryn Hahn), determined to get to the heart of Guy’s motivation. Her publication is putting up the funds for Guy’s entire endeavor in return for exclusive access and answers to sticky questions that Guy seems intent on not answering. For Guy, the journalist and her paper are just other tools to be used to achieve the goal.

If there’s a wild card in the story, it’s in the form of one young contestant (Rohan Chand), who takes an unexpected interest in Guy and continually angles to be his friend. Guy, initially dismissive, slowly begins to soften and eventually decides to take him under his wing outside the event. 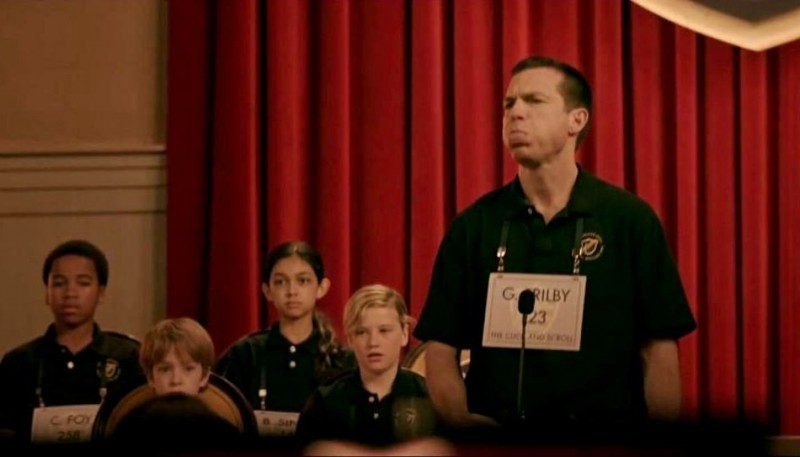 The film marks Bateman’s directorial debut, and it shows everywhere. The story itself presents Guy in a way that just isn’t believable. No one is this cold. We know from the outset that there’s a deeper meaning behind it all. However, we have to endure a litany of contrived plot elements and foreshadowing that are all too obvious and that just don’t work. The jokes are often dead on arrival and, in some cases, outright uncomfortable unless you find child endangerment entertaining.

When the big reveal happens, it just doesn’t make up for the behavior or our investment in the story. For me, it boiled down to a single word. The word is humdrum. H, U, M, D, R, U, M. Humdrum.