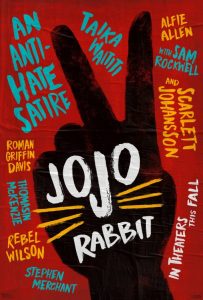 A young German boy takes on the world with the aide of his rather surprising imaginary friend in Jojo Rabbit.

Many of us grew up with imaginary friends of one form or another, but I doubt that any of us conjured the infamous Adolf Hitler as the voice and visage behind ours. Young Jojo (Roman Griffin Davis) knows little of the real world beyond what he’s experienced growing up in the heart of Germany during World War II. He believes that he’s steadfastly patriotic to both his country and his close friend the Führer. He has joined the Hitler Youth as a sign of that dedication, training for the day that he will join the battle.

However, all is not as it seems. Germany is quickly losing the war, and everywhere around him are signs of impending defeat that all but Jojo see. Whenever doubts arise, Hitler shows up to bolster his resolve, but there’s only so much that an imaginary friend can do. Jojo’s reality is about to test them both in ways that he could never anticipate.

This curiously strange concept is, quite frankly, a hard sell. It exists in a world where everyone knows that he who mentions Hitler first loses. The idea of the Führer as an imaginary friend is bound to alienate more than a few people (and possibly an entire country). That’s a pity, as this farcical treatment takes on the subject in a fresh, artistic manner with a message that should be heard.

Jojo Rabbit’s biggest hurdle is keeping audiences engaged during its early, almost slapstick-like, sequences. What we see is the world through the eyes and recollections of a child. Everything is filtered through that myopic, exaggerated lens. The characters whom Jojo meets are nearly all ridiculous caricatures. They’re similar in ways to how humans are portrayed in Looney Tunes cartoons. The challenging humor behind everything is dark and droll. If you approach the scenes literally, then the film will surely fail to cast its spell over you. Give it the space it needs. Turn off the adult inside, and try to go back to a time when everything in life loomed so large. Those able to do so will be whisked away, as if by a magic carpet, to find a deeper message that will resonate long after the house lights return.

Writer/director Taika Waititi, who also plays Hitler, could have helped the effort by including an opening narration that speaks directly to this shift in perspective. Leaving it up to the audience risks too much. Sure, we’re talking about a film featuring an imaginary Hitler, but the guardian inside our head is always on duty and hard to deceive.

The cast is universally strong starting with young Davis and including Scarlett Johansson as Jojo’s mother and Sam Rockwell as a loopy Nazi Captain. I’m purposely skipping a few mentions here for the sake of not spoiling the experience.

Waititi constructs for us a world that’s somehow absurd, abstract and authentic at the same time. It’s a world that reminds us of the importance, fragility and impact of interpretation. It delivers a message that always feels timely, but certainly so today. 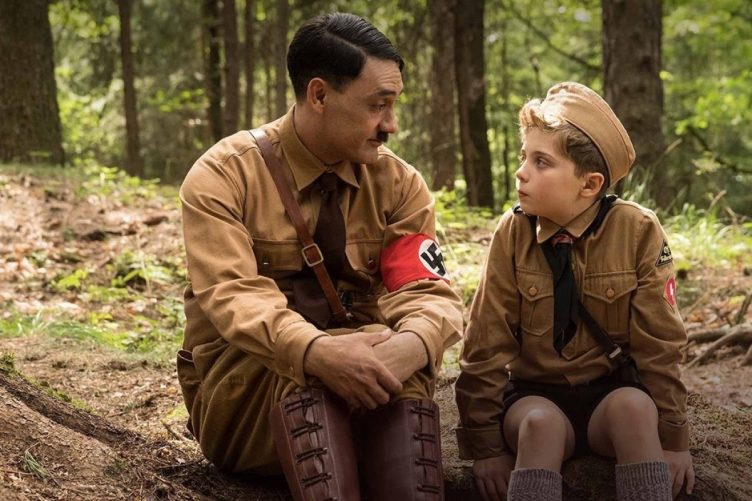