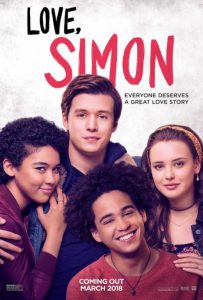 A shy student would risk those closest to him to keep his most personal secret in Love, Simon.

Simon Spier (Nick Robinson) has it all, or so it seems. He lives in an upscale neighborhood with an engaged, supportive family; goes to a great school; and shares it all with a close-knit group of perfectly adjusted best friends. If only life were so simple. Simon is driven by the need to blend in — to be the same old Simon whom everyone has grown to love for so long. That essential part of his being comes under direct assault with his growing acceptance of being gay. It’s a reality that he just can’t bear to share. He dreams of heading off to college where this new, more enlightened community can accept him from day one as Gay Simon.

All is going as planned until he engages in an online dialogue with another local mystery student struggling with the same issues. Their intimate exchanges fall into the hands of a less scrupulous student who wants Simon’s help with his own problem. Simon suddenly has to decide just how essential it is to keep his secret. Maintaining his silence can cost him everything, but he frets that so will coming forward into the light.

This coming-of-age, coming-out journey has all of the authenticity of a shiny $30 “Rolex.” Everyone responsible for the creation of this disaster needs to be given a demerit… on their permanent record. It starts with dialogue so awkwardly artificial that I wondered if perhaps the original novel was written in Chinese and translated to English by a semiliterate kangaroo. When one of Simon’s friends gets in his car early one morning, she proudly states, “I’m figuratively starving.” Seriously? Yes, we all know it’s “figuratively” and not “literally,” but no one speaks that way. Just say, “I’m starving,” and move on. There are also the lewd ramblings of a principal (played by Tony Hale) who’d have been fired for gross misconduct in any other school district about ten years ago.

This is a story of lifelong best friends who know almost nothing about one another and never talk about anything of any real substance. They’re also apparently so unimportant that Simon wouldn’t think twice about tossing them to the wolves for five minutes of peace and quiet. If that isn’t enough to steer you clear, consider their gawky schoolmate Martin (Logan Miller). He embarks on one of the most heinous plans imaginable only to then have the story try to redeem him with a token gesture.

Even the simplest of shots go awry. In one scene, Simon’s “best friend” — ahem — Leah (Katherine Langford) vomits on Simon’s waist. When he turns to the camera, he’s covered in red splotches that start at his neck. Why red? Maybe poor Leah has cancer. I can’t be bothered to care. On the plus side, Langford gives us the most genuine performance of the film. If you can hold your breath just long enough to reach the last act, things do end on a nice, touching, up note. I just wish that Simon could have saved us all the trouble by treating his friends like any other normal person might. Love, Rich. 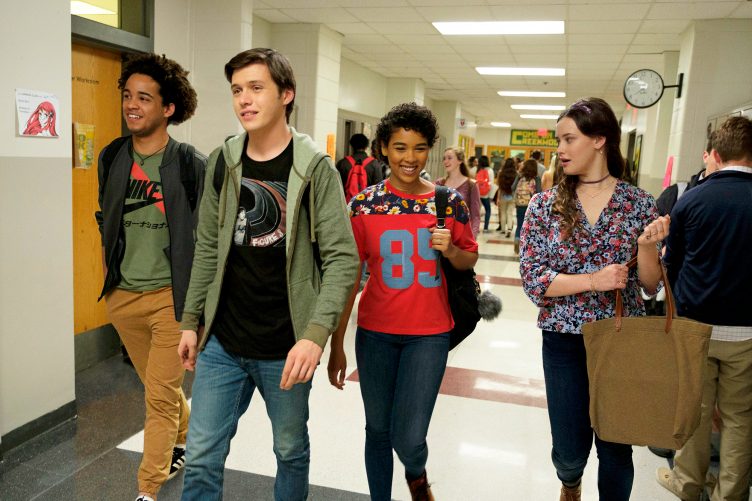