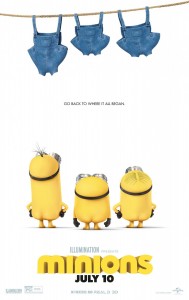 A trio of would-be henchmen search for a new master in the animated spin-off film Minions.

Minions are a curious species of creature finding contentment only when they’re in the employ of an evil overlord.That’s the flimsy main plot of the first film featuring the strange little yellow characters made famous in the Despicable Me franchise. We’re told that Minions have been with us for millennia — always more than happy to play second fiddle to anyone willing to lead them. It turns out that humans are the perfect partner for any such group. Ours is a history overflowing with countless nefarious despots and criminals in search of willing followers. Minions have been there to document our every downfall, and so it went, century after century.

We provided the evil genius, and they delivered the dirty work. The relationship seemed perfect until a horrible mishap drove the Minions to abandon us. They tried to make it on their own, but no one does evil the way we do evil. In the latter half of the 19th Century, one brave Minion recruited two cohorts and headed off in search of a new leader. 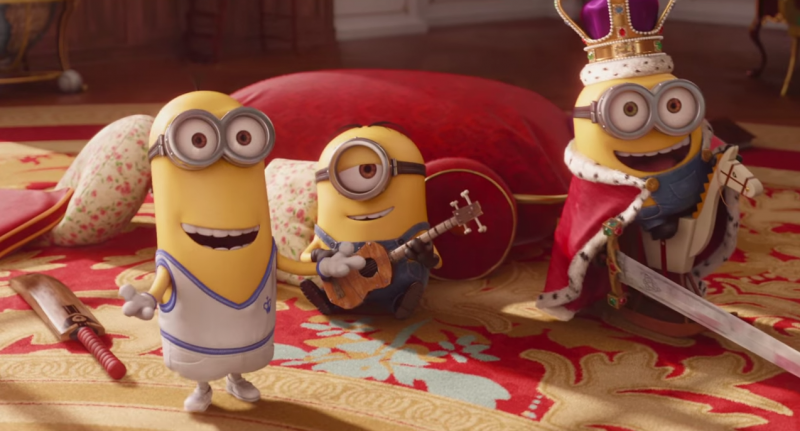 The Minions of the Despicable Me films are a bit like rich icing — delectable in small doses, but off-putting as a main course. Their often hilarious slapstick antics work best as comic relief in a different, deeper story. It’s the whole reason a comedy team needs a straight man. The 91 minutes of this film prove the point time and again. The story feels like a string of skits randomly stitched together to complete a film. Many of the jokes just don’t work. Long, tedious minutes drag by with nary a chuckle. Making matters worse is a poorly conceived main antagonist — super villain Scarlett Overkill (voiced by Sandra Bullock). It’s hard to even figure out what makes her a villain in the first place. Her hippie husband Herb (Jon Hamm) doesn’t fit the script. Not only is it sexist (no male villain needs a spouse), but his entire existence also serves only to undermine Scarlett’s villain cred. He’s less evil than a childproof cap. The lazy writing really shows through in the film’s final act when almost nothing makes any sense whatsoever.

It’s not a complete waste. There are some nice laughs along the way, and the first-rate retro soundtrack is a plus. The visuals are nothing special, and the 3D only really comes into play during the closing credits. Perhaps the biggest problem of all is that it lacks the heart of the original films.

Stick 899 minions in a room with a typewriter, and sooner or later, they’ll manage to bang out a script. It would no doubt be better than this film.