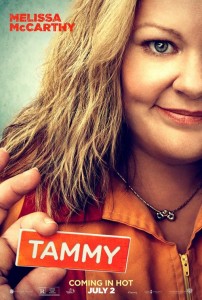 A loud, crude, obnoxious woman heads on a road trip with her ballsy, whisky-loving grandmother in Tammy.

Tammy (Melissa McCarthy) is a brash, overweight, overbearing, loser. Her demeanor costs her both her job and her husband in a single day. With nowhere else to turn, she heads to her mother’s house, but Mom (Allison Janney) has heard it all before. As she’s done many times, Tammy decides to run away from her problems. This time, her grandmother Pearl (Susan Sarandon) tags along, tired of her own dead-end existence living with her daughter. The two head off across the country determined to make it to Niagara Falls.

In all honesty, I haven’t been McCarthy’s biggest fan. She’s settled into a routine of playing the same annoying, foulmouthed, take-no-prisoners cretin in all of her latest films. Yes, it was hilarious in Bridesmaids, but it’s grown progressively less funny with each new incarnation. Obviously, I didn’t go into this one expecting very much, which often works to a film’s benefit. Not so here. This is a horrible, misguided fiasco from start to finish. I also have a hard time laughing at someone who’s trading on her out-of-control unhealthy lifestyle. We all laughed while John Candy and Chris Farley ate themselves into an early grave. It’s no longer a joke. Someone please get this woman the medical attention she so desperately needs before it’s too late. 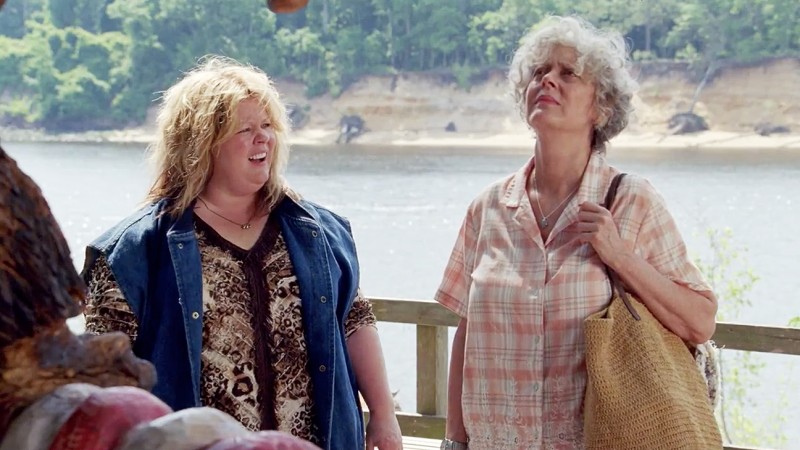 Nothing about the lead character is a surprise. She’s rude. She’s heartless. She’s disgusting, and most importantly, she’s absolutely unfunny. As a comedy, the film manages to span vast deserts of time without even the slightest hint of a chuckle, let alone a laugh. If you manage to find two good ones, consider yourself ahead of the game. The story — like everything else — makes no sense whatsoever. While that’s often not a big deal in a comedy, it’s so brazen here that it borders on insulting.

Adding insult to injury, the casting features the largest cornucopia of wasted talent and ill-fitting stars in memory. Sarandon is a grandmother in real life, but she just doesn’t belong in this film. I love Janney, but the same is true for her. Then there’s the stupefying attempt to romantically pair up McCarthy’s character with a lovable, sensible guy played by Mark Duplass. Plausibility has never been so audaciously tested before. The only bright spot in the entire film is Kathy Bates (Pearl’s streetwise lesbian cousin), who dominates every scene she’s in.

Do yourself a favor, and go spend some time with your family over the holiday. In fact, you’d likely have a better time stuck in traffic on the way there.