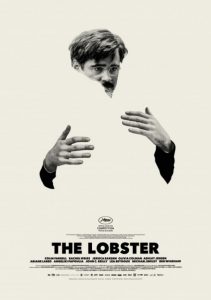 A recently single man must find a romantic partner or accept his fate of transforming into an animal in the dystopian fantasy The Lobster.

The City doesn’t tolerate single adults for any reason. All legal adults without a partner are immediately sent off to a remote hotel in the countryside. Its inhabitants spend their days indoctrinated by propaganda on the essential benefits of being in a relationship. If the occupants fail to find a suitable mate from among the other hotel patrons, they turn into an animal of their choosing after 45 days.

David (Colin Farrell) becomes the hotel’s most recent tenant when his wife abandons him for another man. The sentence is one that he accepts without hesitation. It’s the way of things in The City. David goes about his days looking for the right match, but he’s not entirely sure what to look for. Successful matches seem driven by everyone’s most obvious shared traits. A man with a limp is best suited for a woman with a limp. David seems to have nothing in common with anyone at the hotel, and with his days growing short, he makes a break for it. In the woods surrounding the hotel, he finds a group known as Loners. They believe that romantic relationships are to be avoided and fight a perpetual guerrilla war against The City and their backward beliefs. David’s not sure that his new reality is any better than what he left until he meets a shortsighted woman (Rachel Weisz) and begins to fall for her. It’s an otherwise perfect match as he is also shortsighted. Forced to hide their burgeoning emotions from the Loners, the two embark on a covert relationship. They now hope to find happiness living on the thin line between the two extremes.

This is one strange film. Its concept is so utterly preposterous that I kept thinking that I perhaps misunderstood it. Unfortunately, that wasn’t the case. In this fictional parallel universe, no one even bothers to question why they become an animal. They just do. and that’s all there is to it. Films like this require viewers to take a leap that they can’t always be counted on to take. It’s a bit like contemplating the 10-pound sack of sugar at Costco. It’s just too much for most people.

If you can get past the premise, the story and look are occasionally interesting and might appeal to Wes Anderson fans. The location and the palette are perfect for the material. Everything is muted, dull and nondescript just as it should be. In the least sexy roll of his life, Farrell sells us on the apprehensive and reserved David. The rest of the cast does an admirable job, but they play characters who are woefully underdeveloped. The story tries to make up for it with a continuing narration that only takes away from the immersion. 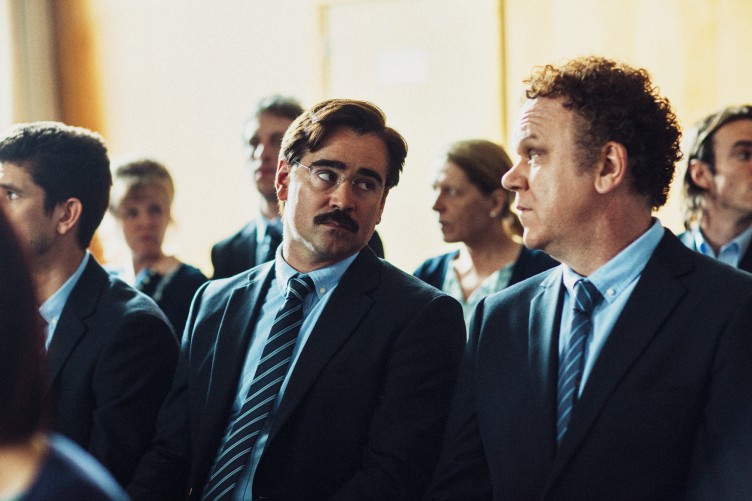